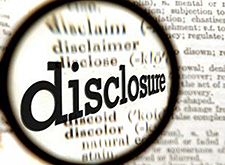 AB 1139 now requires any individual or entity who imposes a Fee on real property on or after February 8, 2011, to record a document that contains very specific language with regard to notice.  The notice must now state that federal housing agencies are prohibited from dealing in mortgages on properties encumbered by private transfer fee covenants that do not provide a “direct benefit” to real property encumbered, and that if a person purchases such a property, that person may have difficulty obtaining financing.

As Private Transfer Fees began to grow in popularity with HOA developers, the Federal Housing Finance Agency (“FHFA”) proposed new regulations that would have prohibited HOAs with Private Transfer Fees from obtaining federal loans.  These proposed regulations came about because of the U.S. Department of Housing and Urban Development’s position that the FHFA and the Federal Housing Administration (“FHA”) were not permitted to insure mortgages on real property that came with “restrictions on conveyance”, i.e. encumbrances on title that could hamper transfers (a.k.a. Fees).  Within the HOA community, there was significant concern that such regulations would stifle HOA property sales and put many HOAs in further financial jeopardy.

However, after a period of intense lobbying, the FHFA ultimately adopted legislation that allowed Fees where a “direct benefit” was provided to an HOA.  The Fees allowed by the FHFA would be those paid to an HOA directly or to tax-exempt groups that provide a direct benefit to an HOA.  Section 1228.1 of Chapter XII of Title 12 of the Code of Federal Regulations defines direct benefit for purposes of a fee as “the proceeds of a private transfer fee that are used exclusively to support maintenance and improvements to encumbered properties as well as cultural, educational, charitable, recreational, environmental, conservation or other similar activities that benefit exclusively the real property encumbered by the private transfer fee covenants.”

In addition to only allowing Fees that provide a direct benefit to the HOA, the FHFA also required that the notice regarding the Fee must state the following in at least 14-point boldface type:

“The Federal Housing Agency and the Federal Housing Administration are prohibited from dealing in mortgages on properties encumbered by private transfer fee covenants that do not provide a ‘direct benefit’ to the real property encumbered by the covenant.  As a result, if you purchase such a property, you or individuals you want to sell the property to may have difficulty obtaining financing.”