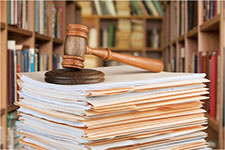 As part of the ongoing management of a homeowners association (“HOA”), the HOA is obligated to prepare and maintain certain “association records,” most of which must be made available for inspection by the HOA’s members. However, the right to inspect and copy certain association records is not absolute, as some records may be withheld from a member for confidentiality concerns, as well as in situations where the member requesting the records is doing so for an “improper purpose”:

“association records, and any information from them, may not be sold, used for a commercial purpose, or used for any other purpose not reasonably related to a member’s interest as a member.” (Civ. Code § 5230; see also Corp. Code §§ 8330, 8333.)

The HOA denied the request, arguing that the member was seeking inspection of the membership list in order to give Fix the City an unfair advantage in the lawsuit between it and the HOA. The trial court considered the facts at issue, and concluded that the member’s request was indeed improper, stating that “a reasonable conclusion is that [the member] is using his membership status to aid Fix the City in defending the [HOA/Fix the City] lawsuit.”

This aspect of the trial court’s ruling was affirmed on appeal. The Court in Parker noted that, while the HOA has the burden of demonstrating that the member will use the record for an improper purpose, and that mere speculation of an improper purpose is insufficient to justify withholding records, the HOA provided sufficient evidence that the requesting member did indeed seek the information for an improper purpose—namely, to aid Fix the City’s defense in the lawsuit brought against it by the HOA.