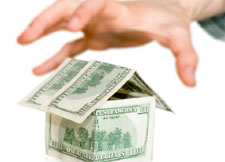 In October of 2012, we blogged about a United States Bankruptcy Court case that addressed the proper interpretation and effect of Civil Code Section 5650 allowing for a HOA to recover delinquent assessments, along with “reasonable costs incurred in collecting the delinquent assessment, including reasonable attorney’s fees.” In sum, the Court ruled that the delinquent homeowner was not liable for the fees and costs imposed by the HOA’s collection company that was operating on a contingency basis. Because the HOA was not responsible to pay the collection company’s fees directly, those fees were not costs “incurred” by the HOA which the HOA was legally entitled to recover from the delinquent homeowner. We then predicted that the case may affect the terms under which collection companies contract with HOAs, especially those companies that operate on a contingency (“no-cost”) basis.

Another case currently being litigated in Northern California is addressing this same issue. Though the case is still pending, a recent order issued by the United States District Court, N.D., California illustrates the how the courts may be trending with regard to the fees and costs imposed by collection companies that contract with HOAs on a contingency basis:

“Although no California appellate court has directly addressed whether, as here, a third-party vendor acting on behalf of a HOA can lawfully charge a delinquent homeowner fees not incurred by the HOA, the aforementioned authorities prompt a conclusion that [the collection company’s] right to impose debt collection fees against [the homeowner] extends no further than the [HOA’s] right to do the same….[the collection company’s] fees apparently are neither incurred nor paid by the HOAs that contract for the company’s ‘no-cost’ services. If California law nonetheless entitled [the collection company] to impose the fees of its choosing against homeowners…the company would wield unchecked power to extract a cascade of fees and costs from a HOA’s delinquent members.” (Emphasis added).