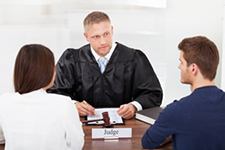 It is well settled that an association’s CC&Rs (“Declaration”) establishes and controls, among other things, a board’s authority to govern an association provided that the CC&Rs do not conflict with California law and regulations (i.e., Davis-Stirling Act). In such cases, the plain language of the CC&Rs control. (Franklin v. Marie Antoinette Condominium Owners Assn. (1993) 19 Cal.App.4th 824, 829.)  This was the case in Branches Neighborhood Corporation v. CalAtlantic Group, Inc. (2018), where Branches Neighborhood Corporation’s (“Association”) Declaration required the same to obtain a membership vote of fifty-one percent (51%) or more prior to the initiation of its construction defect claim (“Claim”) against CalAtlantic Group., Inc. (“Developer”).

In Branches, the Association properly followed all procedural requirements under California law in the initiation of the Claim, however, failed to obtain the prerequisite vote in accordance with its Declaration. Approximately two years after the initiation of the Claim, the Association obtained a membership vote in excess of fifty-one percent (51%), approving and ratifying the Claim. Taking into consideration these undisputed facts, the arbitrator assigned to the Claim granted Developer’s motion for summary judgment, holding that the “after the fact expression of consent cannot be transmuted into the prior consent required by the CC&Rs…when such a result would adversely impact the rights of a party to the agreement by which the CC&Rs were created…[t]he Developer is such a party.”

The Court predicated its decision on the established foundation of the “Rule of Finality,” which in short, provides extreme deference to an arbitrator’s decision, subject to limited exceptions such as CCP § 1286.2(a)(4).

In support of its first argument, the Association provided the Court with several sections of the Davis-Stirling Act (“Act”) that provided the Association with the ability to retroactively ratify its actions, claiming that it is its “statutory right.” As such, the Association asserted that the provision in the Declaration that requires membership approval prior to the initiation of the Claim (“Provision”) is unenforceable as it waives said right. The Court quickly disposed of this argument because all the statutes mentioned by the Association provided the right to ratify only if a provision of the Act required an action to be approved by a majority vote. (See Civil Code §§ 4065, 4070.)  Here, the Court found no provision of the Act that required the Association to obtain a majority vote prior to the initiation of the Claim, holding that “absent a specific requirement in the Act to hold an election, the association’s governing documents control.” Branches, at 6.

The Association then went on to argue that public policy supports its position due to the Legislature’s “clear pronouncement of public policy favoring ratification.” Branches, at 8.  The Court disagreed with this proposition, stating that the Act was created to regulate the governance of homeowners associations, placing a system of checks and balances (“System”) against the Association and its board of directors (“Board”). The Court noted Civil Code § 6150 (requiring an association to provide notice to its members 30 days prior to the filing of a claim, unless such requirement would cause the statute of limitations to run) as an example of the System the Act is intended to establish. The Court found the Provision to go a “step further” by requiring the Association to obtain membership approval prior to the initiation of the Claim, as opposed to the mere requirement of providing notice of same. Id.

Retroactively approving the Claim went against public policy as it stripped Association members of their ability to “check” the authority of the Board (i.e., provide authorization to file the Claim); even if the members had the ability to disapprove the Claim, the Association would suffer damages in the form of legal costs and expenses already expended in the Claim, going further against the System, Act, and Declaration. Accordingly, the Court found no violation of public policy and thus, no violation committed by the arbitrator.