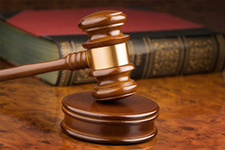 Preliminary injunctions are temporary court orders requested by one party that prevents another party from pursuing a particular course of conduct until the conclusion of a trial on the merits.  A preliminary injunction is proper where the moving party proves the following two factors: (1) the likelihood that the moving party will ultimately prevail on the merits at the time of trial; and (2) that relative interim harm to the parties from issuance of the injunction weighs in that party’s favor.

Occasionally, HOAs seek preliminary injunctions as a means to enforce the HOA’s governing documents.  Among other reasons, the purpose behind that request for judicial relief is to restrain homeowner actions or omissions when such conduct potentially poses a threat of harm or risk to Association Property or the Association’s Members.  Examples include a homeowner’s unauthorized alteration of structural common area components (e.g. removal of a bearing wall within a condominium unit; unapproved building activities on common area property).

Under the Davis-Stirling Common Interest Development Act (“Act”), at the conclusion of a trial on the merits, the prevailing party shall be awarded reasonable attorney’s fees and costs in an action to enforce the HOA’s governing documents (Civil Code Section 5975).  Historically, there has been some question as to whether a moving party may recover statutory attorney’s fees and costs if the court grants a preliminary injunction in a HOA enforcement action.  In January 2018, the California Court of Appeal addressed that issue in the case of Artus v. Gramercy Towers Condominium Association (19 Cal.App.5th 923).

In Artus, the homeowner filed a lawsuit against the HOA because of alleged election improprieties that took place during a successful Member vote to eliminate cumulative voting.  The homeowner then sought preliminary injunctive relief to prevent immediate implementation of the new direct voting rule so that it would not apply to the upcoming board election.  The court granted preliminary relief, but at the time of trial, denied the homeowner’s request for permanent injunctive and declaratory relief.  The court ruled that the HOA was the “prevailing party” and denied the homeowner’s request for attorney’s fees and costs.

On appeal, the homeowner argued, among other things, that she was entitled to interim attorney’s fees and costs under Civil Code Section 5145 (Enforcement of Election Requirements) as a prevailing party because she previously obtained preliminary injunctive relief.  She claimed that fees and costs were recoverable based upon a prior court decision (Monterossa v. Superior Court) which interpreted a different fees provision that exists outside the scope of the Act.  In Monterossa, the court allowed the moving party to recover interim fees and costs following a successful preliminary injunction based upon the specific language of the statute (“A borrower shall be deemed to have prevailed for purposes of this subdivision if the borrower obtained injunctive relief . . .”) and its legislative history which “unequivocally” demonstrated that the Legislature intended to authorize interim fee and cost awards when a prevailing party obtains injunctive relief.

The Artus court affirmed the trial court’s order which rejected the homeowner’s request for fees and costs.  After evaluating the statutory language and the legislative history of Civil Code Section 5145, the Court of Appeal concluded that there was no evidence that the Legislature intended to abandon the general rule that fees and costs are recoverable only to the prevailing party at the conclusion of the litigation.  Had the Legislature intended to allow for the recovery of interim fees and costs under Section 5145 in lieu of such rule, then the Legislature would have presumably made that clear, reasoned the Artus court.