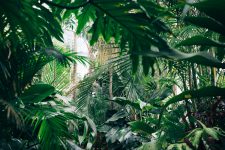 Is an HOA Board of Directors (“Board”) entitled to protection under the Business Judgment Rule (“BJR”) when it applies an unambiguous view restriction contained in the governing documents in a manner other than written?

No.  In Lingenbrink v. Del Rayo Estates Homeowners Association, 2017 WL 1075062 (“Lingenbrink”), the Court of Appeal concluded the BJR only applies to matters that are within an HOA Board’s discretion.  A Board does not have the discretion to interpret or re-write a restriction where the meaning of the restriction is perfectly clear.

The HOA consists of eighteen (18) “high end” homes in Rancho Santa Fe built on 21 lots, each with sweeping views of the Pacific Ocean.  The CC&Rs contain very specific language that protects each Lot’s view as follows:

In 2001, an owner complained to the Board that his neighbor’s trees were blocking his views of the Pacific Ocean.  Independent of the owner’s complaint, the neighbor had already begun the annual trimming of his trees and the Board determined that no violation existed at that time.

Nearly two (2) years later, the issue arose again and the Board investigated the matter. In response to the owner’s complaint the Board issued the following written statement: “After careful review and consideration of your concerns, and balancing those against your neighbor the ARC has decided that your view is not unreasonably impeded by the trees on [the] Pardee [P]roperty.”  The neighbor trimmed his trees as a result of the owner’s second complaint and subsequent Board investigation of the matter.

The owner’s issues regarding his neighbor’s trees obstructing his view arose again in 2009 after the neighbor had failed to perform his annual tree trimming.  At that time, a Board member confirmed the neighbor’s trees were blocking the owner’s view and a letter was sent to the neighbor advising him that he needed to trim his trees in accordance with the requirements imposed under the CC&Rs.  As a result, the neighbor trimmed his trees in January 2010.  Despite these efforts, the owner again complained to the Board that his view was now “totally gone”.

In February 2010, the Board again wrote to the neighbor and advised him that despite the January 2010 trimming, his trees were still obstructing the owner’s views and that he needed to bring the property into compliance with the CC&Rs.  The neighbor requested a meeting with the HOA’s Architectural Committee in March 2010 to discuss the trees on his property.  After the meeting, the Architectural Committee issued a statement to the neighbor contradicting the Board’s February 2010 statement that stated as follows: “After careful review and consideration of your concerns, and balancing those against your neighbors’ concerns, the [ARC] has decided that your view is not unreasonably impeded by the trees on the Pardee [P]roperty.”

Again, in 2012 the owner asked the Board to enforce the CC&Rs with regards to his protected view and again the Board responded that “[your] view is not unreasonably impeded by the trees on Mr. Pardee’s property.”  As a result, the owner filed a lawsuit against the HOA for breach of the CC&Rs and sought an injunction ordering the HOA to enforce the provisions of the CC&Rs regarding view restrictions.

In support of its position, the HOA primarily argued that the Trial Court should defer to its decision (i.e. invoking the BJR) regarding the trees on the neighbor’s property.  The Board believed it had exercised its discretion in good faith and within the scope of its authority under applicable law and the CC&Rs.

The Trial Court issued a ruling in favor of the owner stating that the CC&R provision was “unambiguous” and should be enforced.  The Trial Court found that the CC&Rs did not require that trees’ interference with the view be unreasonable before the trees must be trimmed or removed and further the CC&Rs do not allow the Board to balance a neighbor’s concerns in deciding the extent of the trees’ interference with the view.  As a result, the Trial Court found that the BJR did not apply.

The Trial Court further stated that the Board erred in requiring that landscaping unreasonably interfere with a view before enforcing the restriction and also that the Board impermissibly balanced the interests of only the neighbor and owner.   The Trial Court also found that the owner’s views had been significantly blocked and that the property’s value had diminished between $100,000- $800,000 as a result of the loss of view.  As a result, the HOA was ordered to enforce the CC&Rs by requiring the neighbor to trim his trees so that they do not interfere with the owner’s view.

The Appeals Court affirmed the Trial Court ruling.  In doing so, the Appeals Court found the CC&R view protection to be perfectly clear and further that the restriction was not open to an interpretation as to whether interference was unreasonable.  The HOA’s argument in response was that enforcing the view restriction would require the neighbor to top all of his trees, leaving his property barren or dotted with mutilated tree trunks.  The Appeals Court disregarded this argument and stated that both the HOA and neighbor were aware of the view restrictions in place when the landscaping was originally planted.