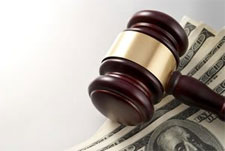 Litigation can be a time consuming and costly endeavor. These two factors typically weigh heavily against filing a lawsuit, especially where there is no ability for the party prevailing in the lawsuit to recover its attorney’s fees and costs. By default, the “American Rule” with respect to attorney’s fees awards states that each party must pay for its own attorney’s fees and costs unless otherwise provided by statute or contract. (Code Civ. Pro. § 1021.) Fortunately, in the context of homeowners associations (“HOAs”), Civil Code Section 5975(c) allows for a prevailing party in an action to enforce HOA governing documents to recover its reasonable attorney’s fees and costs. Section 5975 is a component of the Davis-Stirling Common Interest Development Act (“Act”)–the principal body of Civil Code sections governing California HOAs and common interest developments (“CIDs”).

In the recent case of Tract 19051 Homeowners Association v. Kemp (2015) 2015 Cal.LEXIS 1216 (“Kemp“), the California Supreme Court addressed the question of whether Section 5975(c) allows for a prevailing party to recover its attorney’s fees and costs in a lawsuit brought under the Act even where the HOA in the lawsuit is not a CID and thus technically not subject to the Act…

In Kemp, the HOA and several members of the HOA filed a lawsuit against a homeowner seeking, among other things, injunctive and declaratory relief as a result of the homeowner’s construction project on his lot. (Id. at p. *6.) The trial court ruled in favor of the homeowner, finding that the association was not a CID and awarded the homeowner his attorney’s fees under former Section 1354(c) [now Section 5975(c)]. (Id. at p. *8.) The Court of Appeal reversed the trial court’s award of attorney fees and cost stating that because the HOA was not a CID, and therefore because the Act “did not apply, the trial court had erred in awarding attorney fees under [Section 5975(c)].” (Id. at p. *9.)

The California Supreme Court reversed the Court of Appeal’s decision and reinstated the trial court’s award of attorney’s fees and costs. In sum, the Supreme Court found that the attorney’s fee award was supported by the language of the statute: the HOA’s “underlying lawsuit was an action to enforce the governing documents of a [CID], and [homeowner] was the prevailing party in the action.” (Id. at p. *4.) What was significant was that the HOA’s action was brought to enforce what the HOA’s complaint asserted were the governing documents of a CID. As a result of that assertion, the Supreme Court stated that “because [the HOA] clearly would have been entitled to an award under the statute had [it] prevailed in the action, denying [homeowner] an award under the statute when [he was] the prevailing party would unquestionably violate the reciprocal nature of the statute and thus defeat the evident legislative intent underlying the statute.” (Id.) Accordingly, the prevailing party to a lawsuit to enforce the governing documents of an asserted CID may be awarded attorney’s fees and costs under Section 5975(c) notwithstanding whether the HOA is indeed a CID as defined under the Act.