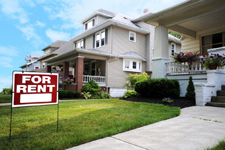 On January 1, 2012, Section 1360.2 (now Section 4740) was added to the California Civil Code to limit a HOA’s authority to adopt and enforce certain rental “prohibitions.”  The legislative intent behind the law was the recognition that “the rights of Owners in [a HOA] to rent or lease their properties, as the rights existed at the time the Owners acquired them, should be protected by the State of California…”  Nevertheless, by its own terms, Section 4740 applies to rental prohibitions, not necessarily less serious restrictions that are reasonably related to the Association’s interests in maintaining and preserving the community.  Thus, many HOAs adopted restrictions regulating the rental of separate interests within the development (e.g., one-year minimum term limit, owner-occupancy requirements, individual room rental restrictions, etc.).

On September 28, 2020, Governor Gavin Newsom signed Assembly Bill 3182 (“AB 3182”), which was introduced as another measure “to address the housing and homelessness crisis” in California. According to Assembly Member Phil Ting (the author of AB 3182), “[t]here are millions of homes across the state that have the potential to be rented to Californians in need of housing but that are prohibited from being leased under outdated [HOA] rules.” While the stated objective of providing more affordable housing units is a laudable goal, AB 3182 significantly limits the extent to which HOAs may impose rental restrictions and prohibitions.

Under AB 3182, California Civil Code section 4741 is added to the Davis-Stirling Common Interest Development Act and renders void and unenforceable any provision in a governing document or amendment thereto “that prohibits, has the effect of prohibiting, or unreasonably restricts the rental or leasing of” a separate interest “to a renter, lessee, or tenant.” Despite this prohibition, Section 4741 does authorize a HOA to adopt and enforce:

Other than the rental restrictions specifically identified in Section 4741, there is much uncertainty as to the extent to which other common rental restrictions would be rendered unenforceable as a result of AB 3182. Indeed, the Legislature provides no guidance as to what would constitute an “unreasonable restriction” on the rental of a separate interest. Therefore, each rental restriction contained in a HOA’s governing documents must be evaluated in light of AB 3182’s intent: to increase the number of housing units made available.