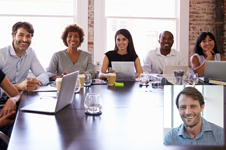 Asked – Can the Board reconsider a motion that was previously passed by a majority vote? One of the directors that voted in opposition to the motion would like the Board to reconsider.

Answered – One of the Board’s primary responsibilities is to make decisions on behalf of the association. Because the Board is comprised of volunteers with different backgrounds and varying expectations, it is common for Board members to disagree from time-to-time. The directors on the “losing side” of a motion may have concerns over the decision made, feeling that the decision was rushed and made without proper inquiry or consideration of all relevant facts. Those who are on the “winning side” of a motion may learn additional facts which calls into question the decision made. Either way, the question then becomes whether the Board is “stuck” with the decision made.

Although an association is not required to adopt and employ parliamentary procedures to govern Board meetings (unless otherwise required by the association’s governing documents), the Robert’s Rules of Order provides a procedure the association can adopt and use in addressing situations where a Board member requests reconsideration of a previously decided matter. Because it is considered an “unusual” motion, and to prevent abuse from the “losing side,” the motion should be limited to those directors that voted on the prevailing side. So, in the question posed, the director voting in opposition to the motion is unable to make a motion to reconsider. The director must then convince one or more of the directors on the prevailing side to bring the motion. The motion must be made at the Board meeting following the meeting in which the decision was made.

The following is a sample script on the motion to reconsider:

Prevailing Vote Board Member: I move to reconsider the vote on the motion to grant Owner’s reimbursement request. I voted on the prevailing side.

Board Member: I second that motion.

Board President: It is moved and seconded to reconsider the vote on the motion to grant Owner’s reimbursement request. Is there any discussion on reconsidering the vote?