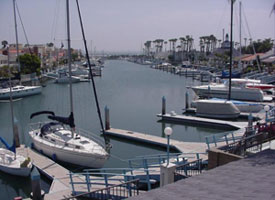 The original developer of the project had placed concrete bulkheads along “Lot 90” of the development to act as a retainer for the waterway that was to be dredged on the adjoining lot, “Lot C”. The developer then dedicated “Lot C” to the City for public recreational use while reserving a 55′ wide easement for docks and related structures for the exclusive use of the Association’s residents.

The City denied any such responsibility, arguing that the berm was an “ancillary structure” for the bulkheads that the Association, pursuant to the language in the easement, was required to maintain. However, the court rejected this argument by explaining that the berm could not reasonably come under the definition of an “ancillary structure” that was contemplated at the time the easement was created.

To read the full text of the holding, click here.