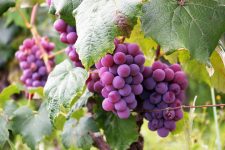 In Eith v. Ketelhut (2018) 31 Cal.App.5th 1, a homeowners association featuring estate properties where members maintain fruit orchards and vineyards yielding fruit that can be made into wine and offered to the public for sale required the Board of Directors (“Board”) to determine if sale of products made from fruit produced on the property is a prohibited business or commercial activity under the CC&Rs. Looking to the purpose of the prohibition – to protect the residential character of the community – the Board examined whether the activity negatively impacted the residential character of the community.

In 2003 the Ketelhuts received approval from the Los Robles Hills Estates Homeowners Association’s (“HOA”) Architectural Committee (“Committee”) to plant landscaping on their property which included a vineyard of 600 plants. The Committee approved the Ketelhuts’ vineyard as it had approved other members’ avocado and fruit trees. The Ketelhuts did not mention using the grapes to make wine for sale. Five years later in 2008 the fruit was harvested and removed to an off-site winery to be made into wine. The Ketelhuts commenced a wine business in 2009, obtaining the necessary licenses, and began selling wine in 2010 over the Internet to the public and local restaurants and hotels. The Ketelhuts characterized the vineyard as a hobby, but they filed forms with the IRS claiming the vineyard as a “business.”

Eith and other neighbors demanded the Ketelhuts cease operating a commercial vineyard, so the Board investigated the Ketelhuts’ vineyard operation. The Board determined that the vineyard did not constitute business or commercial activity prohibited by the CC&Rs, because there was no negative impact on the community. No wine was produced or stored on the property, there was no tasting room drawing retail traffic to the community, and the wine was sold over the Internet to the public and local restaurants and hotels and shipped from an off-site warehouse.

Eith and other neighbors sued the Ketelhuts for operation of the vineyard as a prohibited business or commercial activity in violation of the HOA’s CC&Rs. The trial court elected not to decide whether the operation of the vineyard was a prohibited business or commercial activity, but to find in favor of the Ketelhuts by applying the rule of judicial deference adopted by the California Supreme Court in Lamden v. La Jolla Shores Clubdominium Homeowners Assn. (1999) 21 Cal.4th 249 (“Lamden”) to the Board’s decision that the vineyard was not a prohibited use based “upon reasonable investigation, in good faith and with regard for the best interests of the community association and its members.”

The neighbors appealed the decision in favor of the Ketelhuts to the California Court of Appeal, which confirmed the trial court’s application of the judicial deference rule in the Lamden case stating, “Common interest developments are best operated by the board of directors, not the courts.” The Court of Appeal further concluded that the Board correctly interpreted the CC&R prohibition of business and commercial activity. The purpose of the prohibition was to protect the community’s residential character; therefore, the prohibition does not encompass activity that has no effect on the community’s residential character.