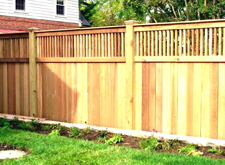 Asked – Our association has two homeowners that have requested the association’s intervention to assist with resolving a dispute that has arose from damage to a shared wall. Should the Board get involved? Does the Association have any responsibility to cover the cost to repair the shared wall?

Answered – As a general matter, the Association is not obligated to intervene in this neighbor-to-neighbor dispute and is not responsible for covering the cost of the damage to the shared wall (“Party Wall”).

In this situation, the damaged Party Wall is located between two private lots, not on the Association common area. As such, absent any provision in the association’s governing documents to the contrary, the association has no obligation to repair the Party Wall.

This point is further clarified by California Civil Code § 841(a), which states, in pertinent part: “[a]djoining landowners shall share equally in the responsibility for maintaining the boundaries and monuments between them.” Which, necessarily, would include the damaged Party Wall. This maintenance obligation extends to “reasonable costs of construction…or necessary replacement of the fence.” (Civ. Code § 841(b)(1).)

There may be circumstances where the Board of Directors (“Board”) may sympathize with the homeowners and want to intervene (eg. the damage to the Party Wall was no fault of the homeowners). While this feeling is valid and shows the Board’s virtues, the Board should remember that they are fiduciaries of the Association and must act in the best interests of the association as a whole.

The Board lacks the authority to expend association funds to repair the damaged Party Wall. The association levy’s and collects assessments from its owners for various reasons including among other things, promoting its members’ welfare, improving and maintaining association property, and discharging association obligations under their governing documents. However, covering the cost of the Party Wall, which is a separate interest, would be outside the scope of the association’s authority.

Thus, the association has no obligation or authority to intervene with this dispute and make the repairs to the damaged Party Wall. That burden lies solely with the homeowners.