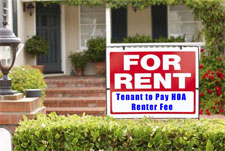 In the landmark case of Lamden v. La Jolla Shores Clubdominium Homeowners Assn. (1999) 21 Cal.4th 249 (“Lamden“), the California Supreme Court established what is known as the “Rule of Judicial Deference” or “Lamden Rule” that, in sum, requires courts to defer to decisions made by a HOA’s Board of Directors regarding “ordinary maintenance:”

“…We adopt today for California courts a rule of judicial deference to community association board decisionmaking that applies, regardless of an association’s corporate status, when owners in common interest developments seek to litigate ordinary maintenance decisions entrusted to the discretion of their associations’ boards of directors.” (Lamden, at 253.)

However, in a recently published opinion, the Court of Appeals expanded the scope of the Lamden Rule to include additional decisions made by a HOA’s Board, such as those to adopt rules and impose fees on members relating to short-term renters…

In Watts v. Oak Shores Community Assn. (2015) 235 Cal.App.4th 466 (“Watts“), the Oak Shores Community Association adopted rules and fees relating to short-term rentals. These rules and fees were adopted due to the negative impact short-term renters were having on the community, including increased strain/damage on the association’s common areas through the towing of boats/watercraft, increased noise violations, increased burdens on parking, etc. Two homeowners challenged the rules and fees as being outside the scope of the Board’s authority, stating that the Lamden Rule only applies to ordinary maintenance decisions. The Court disagreed. While the decision made by the Board in Lamden related to the execution of association-maintenance obligations, nothing in the text of Lamden itself limits the scope of the Lamden Rule to decisions relating to maintenance. (Watts, at 473.) In fact, Courts have granted deference to decisions made by Boards in other contexts such as granting discretionary authority to an architectural committee to apply subjective, aesthetic criteria for approving member applications for proposed architectural improvements. (Id.; citing Dolan-King v. Rancho Santa Fe Assn. (2000) 81 Cal.App.4th 965, 979.) The Court in Watts therefore held that the Lamden Rule should not be interpreted to apply solely to maintenance decisions:

“…Nothing in Lamden limits judicial deference to maintenance decisions. Common interest developments are best operated by the board of directors, not the courts.” (Watts, at 473.)