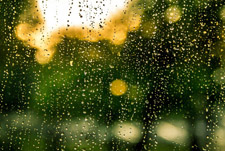 On April 7, 2017, Governor Brown signed Executive Order B-40-17, ending the drought state of emergency in most of California.  Drought restrictions will remain in effect in Fresno, Kings, Tulare, and Tuolomne counties, which continue to face drinking water shortages and diminished groundwater supplies.  The new Executive Order rescinds the emergency proclamations from January and April 2014, along with four drought-related executive orders.

Over the last few years, the California legislature has passed several bills aimed at water conservation within community associations. AB 2100 amended Civil Code Section 4735 to prohibit associations from fining or threatening to fine an owner for failing to water vegetation or lawns during a state or local government-declared drought.  SB 814 also authorized penalties for excessive residential water use during periods of government-declared droughts. Now that the state of emergency has been lifted, these laws are no longer in effect, provided the local jurisdiction has not declared a local drought.

AB 2104 further amended Section 4735 to restrict an association from prohibiting low-water using plants as a group, and AB 349 amended Section 4735 to restrict an association’s authority to prohibit artificial turf.  Although the drought restrictions have been lifted, this legislation protects homeowners from having to reverse or remove any landscaping measures that were installed in response to the government-declared drought.

The State Water Resources Control Board (SWRCB) also adopted emergency regulations that subject associations to fines of up to $500 per day for violating the provisions of Section 4735.  These regulations will remain in effect until November 25, 2017, or until they are modified or repealed by SWRCB.

The decision to lift drought restrictions was partly based on unprecedented water conservation.  Californians saved more than 20% of urban water since the Governor mandated water use reductions in 2015.  Despite the record levels of water conservation, the State cautions, “This drought emergency is over, but the next drought could be around the corner,” said Governor Brown. “Conservation must remain a way of life.”

Executive Order B-40-17 continues the provisions in the previous Executive Order, “Making Water Conservation a California Way of Life.”  Permanent restrictions prohibit the use of potable water for: