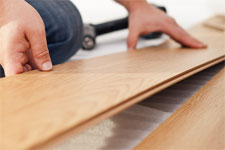 Homeowners within condominium developments are typically granted broad authority in making improvements to the interior of their respective Units that do not require modification of association common area. However, because of the way in which condominium projects are built, certain improvements made within a Unit may ultimately impact the quiet use and enjoyment of neighboring homeowners (i.e., sound transmissions from hardwood or hard surface flooring). As indicated by the recent case of Ryland Mews Homeowners Association v. Munoz (2015) 234 Cal.App.4th 705 (“Ryland“), to the extent that a homeowner’s interior improvements result in a nuisance to neighboring homeowners, an association does have the authority to compel the homeowner to modify or remove the improvements as necessary to abate the nuisance…

In Ryland, the Court of Appeal upheld the trial court’s issuance of a preliminary injunction seeking to abate the undue transmission of acoustic trespass or nuisance that resulted from the installation and use of hardwood flooring in the homeowner’s Unit. As is the case for virtually every California HOA, the CC&Rs for the association in Ryland contained a provision that prohibits conduct or activity in a Unit that results in a nuisance. Based upon that provision, the trial court granted the association’s request for a preliminary injunction requiring the homeowner to, among other things, reduce undue transmission of acoustic trespass or nuisance by covering eighty-percent (80%) of the total floor area with throw rugs or comparable sound-dampening material.

On appeal, the Court in Ryland stated that the trial court did not abuse its discretion when it granted the injunction. The Court found this to be “a compromise” that “reflected a balanced consideration of the circumstances of everyone involved.” (Ryland at p. *15.) The Court’s decision illustrates how condominium associations have the authority to place restrictions on the types of flooring that may be installed within a homeowner’s Unit on the basis of nuisance concerns.

On a more procedural issue, the Court in Ryland noted that the technical deficiencies in complying with Civil Code Section 5935 (pertaining to Alternative Dispute Resolution (“ADR”)) may not automatically result in the dismissal of a lawsuit. (Id. at pp. *9-10.) Section 5935(a)(4) of the Civil Code generally requires the party who initiates the ADR process to serve upon the other party “a copy of this article.” The homeowner argued that the association failed to comply with this section by including a copy of only Section 5935, and not the entire article. The Court upheld the trial court’s decision to deny the homeowner’s motion to strike the complaint on the ground that the homeowner failed to “identify any prejudice attributable to [association’s] technical deficiency in complying with the statute.” (Id. at p. *9.) Moreover, the homeowner did not indicate that he would have accepted the association’s request for ADR had he been provided with an entire copy of the article. (Id. at p. *10.) Therefore, although a HOA must be careful when sending a homeowner an ADR request, technical deficiencies in complying with Section 5935 will not necessarily result in the dismissal of any subsequent lawsuit absent prejudice to the other party.