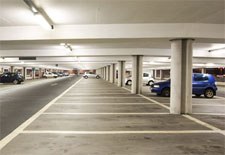 It is not uncommon for a homeowners association (“HOA”) to enter into contractual arrangements with a third party where the rights and responsibilities under that arrangement are between the third party and each of the HOA’s members. Under such circumstances, the HOA’s involvement may be limited solely to collecting fees from the members and passing them on to the third party. Because the HOA (as an entity) is not the beneficiary of the contract, there is uncertainty as to whether the HOA has standing to assert claims against the third party on behalf of the HOA’s members. California Civil Code Section 5980 provides a HOA with standing to initiate legal action “in its own name as the real party in interest and without joining with it the [HOA’s] members” in matters relating to enforcement of the HOA’s governing documents, as well as matters involving or arising out of damage to the common area and/or to a separate interest which the HOA is obligated to maintain or repair. However, there is no statutory provision clearly addressing whether a HOA has such standing in matters pertaining to the rights of the HOA’s members in contracts with third parties.

After control of the HOA’s Board was given to the HOA’s members, the HOA was able to investigate the facts surrounding the License Agreement and the Sub-License, and to realize that the HOA’s members had been allegedly damaged in excess of $1 million dollars in illegal parking fees paid to the HOA Developer. The HOA then, on behalf of its members, brought suit against both developers seeking a declaration that the Sub-License is void and of no force and effect to the extent that it conflicts with the terms of the License Agreement. The HOA also asserted additional causes of action for breach of fiduciary duty, breach of the License Agreement, concealment, unfair business practices, and rescission of the Sub-Lease.

Both developers then filed a demurrer to the HOA’s complaint on the ground that the HOA lacked standing to bring the lawsuit on behalf of its members. The trial court granted the developers’ demurrer, concluding that “because the individual homeowners here paid the alleged illegal parking fees and [the HOA] only collected them, [the HOA] has not shown that it suffered an injury such that it has standing.” The HOA then appealed.

With regard to the remaining causes of action (breach of fiduciary duty, concealment, unfair business practices, etc.) the Court of Appeal struck down the developers’ argument that the HOA lacked standing to sue as a representative of the HOA’s members. In looking to the body of relevant HOA case law, the Court of Appeal stated that:

“the two requirements that must be satisfied for a representative action are an ascertainable class and a well-defined community of interest in the question of law and fact affecting the parties to be represented. Here, there is plainly an ascertainable class–the homeowners. There is also a well-defined community of interest concerning the relevant questions of law and fact. Each homeowner is subject to the same parking charges and any invalidity of the Sub-License would affect the homeowners in the same manner. The homeowners are also the victims of the Developers’ alleged self-dealing. Additionally, questions of necessity, convenience and justice likewise support the HOA’s standing, because otherwise 267 homeowners would individually have to prosecute their claims.”

Thus, in the Court’s opinion, “[Civil Code Section 5980] has nothing to do with a homeowner’s association’s standing to sue in a representative capacity.”