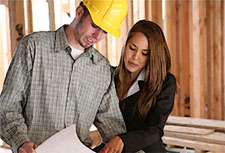 We have previously blogged about the introduction of SB 822 by the California Legislature earlier this year. SB 822, in part, clarifies recent amendments to the California Business and Professions Code relating to “contractors” whom are required to be licensed by the state. The clarifying language was introduced in the wake of the confusion and concern that had surfaced regarding whether community association (“HOA”) managers were required to hold a contractor’s license in order to perform common tasks such as obtaining bids and overseeing the progress of ongoing construction work.

Thanks to the efforts of CAI’s California Legislative Action Committee (“CLAC”), SB 822 was recently signed into law by Governor Brown and will take effect January 1, 2014. SB 822 adds the following provision to Section 7026.1(b) of the Cal. Bus. & Prof. Code:

Part of the answer lies in ensuring that the HOA’s contract with the contractor is properly drafted to address this issue. Our firm routinely requires contract language which (1) obligates the contractor to designate one of its employees as the “construction manager” (if the HOA has not retained an independent one), and (2) limits the extent of the HOA’s manager’s role in overseeing the progress of the ongoing construction work. Of course, HOAs should still endeavor to retain independent construction managers for mid and large-scale projects where the additional expense is warranted.