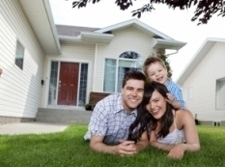 The U.S. Department of Housing and Urban Development (“HUD”) recently adopted regulations for evaluating claims of harassment in housing and housing related transactions because of race, color, religion, sex, national origin, disability, or familial status under Title VIII of the Civil Rights Act of 1968 (“Fair Housing Act”).  The new regulations, which will directly impact Homeowners Associations (“HOAs”), are set to take effect October 14, 2016.

Both Courts and HUD have long recognized that the Fair Housing Act prohibits harassment in housing and housing related transactions on account of race, color, religion, sex, national origin, disability, or familial status in the same way that Title VII of the Civil Rights Act of 1964 (“Title VII”) prohibits harassment on these same basis in an employment setting.  Prior to HUD’s adoption of these new regulations, Courts often applied Title VII standards when evaluating claims of harassment in the housing setting.  However, because employment and home settings are different environments, the application of one to another is not always appropriate.  To address these deficiencies, HUD recently adopted formal standards for evaluating claims of harassment under the Fair Housing Act.

The new regulations directly impact HOAs because their directors and officers are the ones who are responsible for investigating an owner’s or tenant’s claim of housing related harassment.  Furthermore, liability for harassment under the Fair Housing Act can be imposed not just on the HOA but on its officers and directors for their own actions as well as the actions of third-party agents like a management company.

The New Regulations and their Impact on HOAs

The new regulations added to the Fair Housing Act define the term “Hostile Environment Harassment.”  It occurs when “unwelcome conduct due to race, color, national origin, religion, sex, disability or familial status, is sufficiently severe or pervasive as to create an environment that unreasonably interferes with the availability, sale, rental, use, or enjoyment of a dwelling, the provision or enjoyment of facilities or services in connection therewith, or the availability or terms of residential real estate-related transactions.” (See new Title 24, Part 100, Subpart H, section 100.600(a)(2) of the Fair Housing Act.)  In order for a person to establish Hostile Environment Harassment, the following must be shown:

Whether unwelcome conduct is sufficiently severe or pervasive to create a hostile housing environment is evaluated from the perspective of a reasonable person in the aggrieved person’s position.  (See new Title 24, Part 100, Subpart H, section 100.600(a)(2)(i)(C) of the Fair Housing Act.)  Neither psychological nor physical harm must be demonstrated to prove a hostile environment exists. (See new Title 24, Part 100, Subpart H, section 100.600(a)(2)(i)(B) of the Fair Housing Act.)  Unwelcome conduct may come in forms such as using threatening imagery, damaging property, threatening physical harm, or even physically assaulting an individual and may be based on a single incident alone. (See new Title 24, Part 100, Subpart H, sections 100.600(b) and (c) of the Fair Housing Act.)

The new regulations impose direct liability on HOA directors and officers for their own actions as well as for “failing to take prompt action to correct and end a discriminatory housing practice by a third-party, where the person knew or should have known of the discriminatory conduct and had the power to correct it. The power to take prompt action to correct a discriminatory housing practice by a third-party depends upon the extent of control or any other legal responsibility the person may have with respect to the conduct of such third-party.” (See new Title 24, Part 100, Subpart A, section 100.7 of the Fair Housing Act.)  It is important to note that in some situations third-parties may also include residents of the HOA.