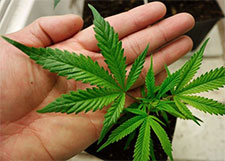 Adult possession and use of marijuana for recreational purposes is now legal in California as a result of the passage of Proposition 64 (“Prop 64”) in 2016. Prop 64 is comprised of sixty-two (62) pages of detailed, complicated, and at times confusing regulations and statutory revisions to various California codes. We have been asked by various homeowners association (“HOA”) clients about the significance of Prop 64 and what impact, if any, it has on their ability to regulate marijuana within their private communities.

Restrictions on Marijuana Smoking
Virtually every set of HOA governing documents contains a provision that prohibits activities which serve as a nuisance to residents within the HOA’s development (i.e., the transmission of “noxious odors”). These provisions have been relied upon by HOAs to restrict smoking (i.e., cigarettes, pipes, cigars, vaporizers, etc.) in common areas and, in some instances, within the separate interests (i.e., the lots or units) that are owned by each of the HOA’s members.  Fortunately, Prop 64 has not altered a HOA’s regulatory authority with respect to the smoking of marijuana. Section 4.6 of Prop 64 (adding Section 11362.3 to the California Health & Safety Code) provides in relevant part that nothing in the statute permitting personal use, possession, cultivation, etc. of marijuana shall be construed to permit any person to “[s]moke marijuana or marijuana products in a location where smoking tobacco is prohibited.” Thus, valid and enforceable HOA restrictions against tobacco smoking may still be used to restrict marijuana smoking as well. Notably, the term “smoke” as used in Prop 64 also includes the use of electronic smoking devices and vaporizers.

Restrictions on Marijuana Cultivation
One of the more interesting issues that HOAs may encounter in the wake of Prop 64 relates to the growing or “cultivation” of marijuana plants. In 2015, new Civil Code § 4750 was enacted to grant homeowners within HOAs the right to use their backyards for “personal agriculture.” Civil Code § 1940.10 was enacted at the same time to clarify that “personal agriculture” as used in Section 4750 means the use of land where an individual cultivates “edible plant crops for personal use or donation,” and that the term “plant crop” does not include “marijuana or any unlawful crops or substances.” Thus, prior to Prop 64’s passage, a HOA’s authority to prohibit backyard marijuana gardens was relatively clear.

Prop 64 appears to have muddied this issue. It added Section 11362.1 to the Health & Safety Code which provides in relevant part that, “notwithstanding any other provision of law,” it is lawful for persons 21 years of age or older to “[p]ossess, plant, cultivate, harvest, dry or process not more than six living marijuana plants.” Some may interpret this language as overriding the Civil Code’s restrictions on the type of “personal agriculture” which may be cultivated in a homeowner’s backyard—especially in light of the fact that marijuana is technically no longer an “unlawful crop or substance.”

Prop 64 does provide that the rights to cultivate marijuana do not preempt the “ability of an individual or private entity to prohibit or restrict…[the cultivation of marijuana]…on the individuals’ or entity’s privately owned property.” Thus, a HOA’s ability to prohibit the cultivation of marijuana on its “privately owned property”—meaning the HOA’s common area—is relatively clear.  What is less clear is whether a HOA that exists within a city or county that does not restrict outdoor marijuana cultivation may nevertheless impose such restrictions on a homeowner’s separately owned residential lot. In other words, may a HOA restrict the outdoor cultivation of marijuana on property within its development that the HOA technically does not own? For HOAs that exist in cities or counties that do not already restrict the outdoor cultivation of marijuana, there is no clear statutory answer to this question. However, we have encountered instances in HOAs where the smell from marijuana plants and blooms are so strong that they rise to the level of a nuisance which is prohibited under the CC&Rs, and may therefore be restricted on those grounds. HOAs dealing with this issue should seek guidance from their legal counsel.