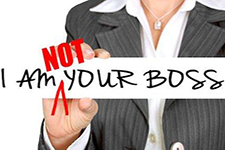 Previously, we wrote on a decision published by the National Labor Relations Board (“NLRB”) wherein the NLRB concluded that, where a contracting party has reserved the authority to exercise control over the employees of another, said contracting party will be found to be the “joint employer” of the other entity’s employees.  In the case of Browning-Ferris Industries of California, Inc. (2015) NLRB No. 672 (“BFI”), BFI retained the services of Leadpoint Business Services (“LBS”) to provide staff to one of BFI’s recycling facilities.  Although the contract between BFI and LBS recognized that the personnel staffed by LBS were the employees of LBS, BFI retained some control over the employees. As such, the NLRB concluded that as long as a company retains (e.g., through the execution of a contract) the authority to control the employees of another, said company will be given joint-employer status. (Id. at p. *2.)

Nevertheless, on December 14, 2017, the NLRB did an about-face reversing its decision in the BFI case.  In Hy-Brand Industrial Contractors, Ltd. (“Hy-Brand”) the NLRB held that the BFI standard was “a distortion of common law as interpreted by the Board and the courts…[wa]s contrary to the [National Labor Relations] Act…is ill-advised as a matter of policy, and its application would prevent the [NLRB] from…foster[ing] stability in labor-management relations.” ((2017) 365 NLRB No. 156, *2.) Accordingly, the NLRB concluded that a joint-employment relationship will be found where there is evidence demonstrating that an entity has “exercised joint control over essential employment terms (rather than merely having “reserved” the right to exercise control).” (Id. at p. *5 (emphasis original).) Said control must be “direct and immediate,” as opposed to “indirect,” and must be more than control which is “limited and routine.” (Id.)