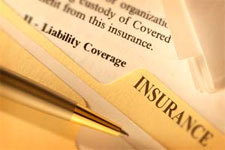 In a recent blog post we addressed the importance of involving the HOA’s legal counsel in the decision as to whether a lawsuit brought against the HOA should be tendered to one or more of the HOA’s insurance carriers. The recent case of San Miguel Community Association v. State Farm General Ins. Co. (October 1, 2013) (Cal.App.4th, No. G047738) (“San Miguel”) touched on this issue. Although the ruling in San Miguel focused primarily upon the scope of an insurer’s obligation to defend a HOA under the HOA’s insurance policy, the ruling underscores the importance of reviewing, understanding, and if necessary, seeking professional guidance regarding the scope of insurance coverage afforded to a HOA under its insurance policies.

In San Miguel, two homeowners sought to force the HOA to take action to curb ongoing parking violations within the community. After the HOA refused to take action, the homeowners demanded the HOA’s participation in mediation, thereby prompting the HOA to tender the matter to its insurance carrier, State Farm. In responding to the HOA, State Farm noted that the claims brought by the homeowners did not seek the recovery of monetary damages, and were therefore insufficient to trigger State Farm’s obligation to defend the HOA or to reimburse the HOA for its defense costs…

When mediation failed, the homeowners filed a formal law suit for injunctive relief and punitive damages. The HOA then renewed its attempt to tender the dispute to State Farm. However, State Farm once again denied defense coverage on the basis that the suit did not involve a claim for monetary damages, and therefore failed to “seek damages that would be covered under the policy” purchased by the HOA.

Shortly thereafter, the Plaintiffs in the original suit amended their complaint, adding a claim for monetary damages. In turn, the HOA submitted a third claim to State Farm seeking reimbursement for the defense costs incurred in the matter and requesting defense coverage moving forward. In response, State Farm agreed to defend the HOA in the ongoing litigation, subject to the proviso that State Farm’s obligation would be limited only to defense efforts moving forward, and would exclude any reimbursement for defense costs previously incurred by the HOA in the dispute.

Based upon State Farm’s partial denial, the HOA filed a law suit claiming that State Farm had breached its obligations under the contract and violated the implied covenants of good faith and fair dealing. In support of its position, the HOA argued that although the homeowners did not make a direct claim for damages prior to the amended complaint, the nature of the claim implied that monetary damages would be sought. However, both the trial court and the appellate court ruled in favor of State Farm, holding that, despite the potential for the owners to bring a claim for monetary damages in earlier stages of the dispute, State Farm was under no obligation to infer or imply that they had actually done so. Accordingly, per the terms of the HOA’s policy, State Farm was under no obligation to provide coverage until the claim for damages was formally brought by the homeowners.