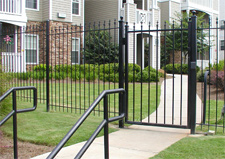 An easement provides an individual with the legal right to a specific and definable use of another’s property. A homeowners association’s (“HOA’s”) governing documents (i.e., “CC&Rs”) often provide numerous easement rights to its members for access and use of the HOA’s common areas and recreational facilities. While those easement rights are reserved for the benefit of the HOA’s members, their guests and tenants residing in the HOA’s development, it is not uncommon for non-residents and general members of the public to utilize HOA common area facilities such as walkways, trails and parks. HOAs may run into issues when trying to exclude non-residents from those areas, and may be reluctant to take more formal measures needed to do so (i.e., the installation of controlled access gates, the use of security personnel, etc.).

However, if a HOA fails to take such measures and fails to actively prohibit non-residents from accessing the HOA’s common area facilities, the open and consistent use of those facilities by non-residents may ultimately result in the creation of “prescriptive” easement rights for those non-residents. In the recent unpublished decision in Applegate Properties, Inc. v. Coronado Cays Homeowners Association (“Applegate“), the California Court of Appeals held that such prescriptive easement rights had been created over the common area of the Coronado Cays Homeowners Association (“Association”).

The Court first addressed the hostility element of a prescriptive easement and found that the Marina Tenants’ use of the common area concrete walkway was hostile, or, “adverse to the record owner” (the Association) by virtue of the fact that the Association’s governing documents (specifically, its operating rules) prohibited the use of the walkway by non-residents and non-members. The Court then addressed the “open and notorious” element of a prescriptive easement. “Open, visible, and notorious use of the property raises an inference that the owner has either actual or constructive notice of the use.” Hails v. Martz (1946) 28 Cal.2d 775, 778. The trial court in Applegate “viewed the property and noted that the easement area, a paved walkway, was visible as it was the only land access to the Marina.” The Association argued that the Marina Tenants’ use of the easement area was not open and notorious because they had to use keys that were secretly provided to them. The Court responded by stating that the Association’s position was undermined by the fact that it knew Marina Tenants were still being provided with keys. Thus, the use remained “open and notorious” so as to satisfy the required element of a prescriptive easement.