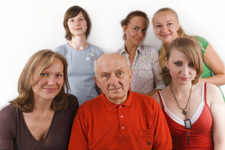 On January 20, 2015, a tragic fire ripped through a condominium complex in the city of San Juan Capistrano, killing three, injuring six, and displacing eighty residents living in eight units.  The decedents were three of seventeen individuals living in a four-bedroom condominium.  In light of the deaths and their relation to the number of occupants living in the unit, efforts are now underway to examine state and local occupancy restrictions with an eye towards preventing an incident like this from occurring in the future.  To that end, questions have surfaced with respect to an association’s ability to adopt and enforce state and local occupancy standards, as well as to promulgate operating rules regulating the number of occupants living within a unit.

An association’s “operating rules” are regulations adopted by the board that apply “generally to the management  and  operation  of the  common  interest  development  or the conduct  of the business and affairs of the association.” (Civ. Code § 4340(a)) They relate to things such as the use of common area and separate interests, member discipline, and procedures for elections. (Civ. Code § 4355(a)(1)-(7))  In order to be valid and enforceable, the operating rule must meet several requirements: the rule must be (1) in writing, (2) within the authority of the Board of Directors conferred by law or the governing documents, (3) not in conflict with governing law and the governing documents, (4) adopted in good faith and in compliance with the procedural requirements set forth in Civil Code section 4360, and (5) reasonable. (Civ. Code § 4350) Accordingly, presuming that an occupancy rule is adopted by an association’s board of directors pursuant to the powers granted to it under the governing documents, the primary focus is whether the occupancy rule conflicts with governing law (i.e., California law).

The state of California, like many cities within the state, has adopted the Uniform Housing Code of the International Conference of Building Officials (“Housing Code”), which sets forth various building standards and rules governing, among other things, the conservation and rehabilitation of housing. (Health and Safety Code § 17922(a)(1))  In sum, section 503.2 of the Housing Code creates an occupancy formula based on the square footage of “livable” area within the separate interest:

Two things are evident from the text of section 503.2: (1) only the kitchen is excluded from “habitable rooms,” and (2) the size limits imposed do not necessarily mitigate the possibility of overcrowding.  For example, under section 503.2, a family of five (5) could legally dwell in a one-bedroom apartment. (Briseno v. City of Santa Ana)  To that end, and to address the concerns related with overcrowding, some cities have attempted to elaborate on, or further restrict, the number of occupants within a separate interest by passing ordinances that: (1) define “family” narrowly and restricting the number of non-family members that are permitted to reside in a home, or (2) place greater restrictions than those set forth in the Housing Code.  These types of ordinances have been met with strong opposition in the court system.

In City of Santa Barbara v. Adamson, the California Supreme Court found that a city ordinance that restricted occupancy of a single-family dwelling by unrelated persons was unconstitutional. The high court stated that the ordinance violated the right of privacy guaranteed by Article I, Section I of the California Constitution. (Id. at p. 131)   The municipality’s goal of reducing overcrowding could be obtained by less restrictive means, such as regulating the use, rather than the users. So, for example, an ordinance may address overcrowding and other burdens imposed by a large number of individuals residing in a single unit “by tying maximum permissible occupancy in a dwelling to objective standards such as across-the-board minimum floor space per person requirement, person per quantum of open space, persons per a bedroom or bathroom, or any other generally accepted standard which defines ‘overcrowding’.”

In addition to the privacy considerations, federal and state statutes prohibit residential restrictions that discriminate on basis of race, religion, natural original, sex, ancestry, familial status, marital or disability. With the exception of senior communities, occupancy restrictions may not be used to discriminate against families with children, nor may they be used to limit residency to persons over a certain age.

Alternatively, some cities have attempted to enact ordinances that impose greater restrictions than those set forth in the Housing Code.  For example, in 1991, the City of Santa Ana adopted ordinance number NS-2126 in an effort to curb the effects of overcrowding.  The effect of this ordinance was to increase the minimum size requirements of the Housing Code.  The Court of Appeal in Briseno struck down this ordinance finding that it violated the Housing Code, which preempts local regulation in the field.   In order to deviate from the Housing Code a city must demonstrate that the deviation is “reasonably necessary because of local climatic, geological, or topographical conditions.”

In sum, the general consensus among California courts is to invalidate occupancy restrictions when said restrictions are based on considerations relating to the family unit (e.g., occupants must be related by blood, marriage, or adoption). However, a community can place a limit on the number of occupants in a household, either in absolute terms or in relation to the available floor space. That is true provided that any occupancy limits imposed by a city greater than those found in the Housing Code are pursuant to a finding that such modifications or changes are reasonably necessary because of climatic, geological, or topographical conditions.