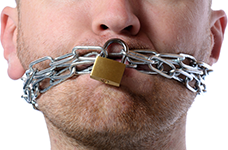 The recent unpublished opinion of Chemers v. Quail Hill Community Association et al. (2018) shines some light on the oft-misunderstood California Anti-SLAPP statute and its effectiveness as a defense for actions by a homeowners association’s board of directors.  The Fourth District California Court of Appeal held that certain actions by the board in a dispute with a director were not in furtherance of the right of free speech or petition as to be protected by the anti-SLAPP statute.

Plaintiff Evan Chemers (“Chemers”) was a member of the board of directors for defendant Quail Hill Community Association (“Quail Hill”), a planned unit development located in Irvine, California.  A series of disagreements and escalating tension between Chemers and other members of the board resulted in the board taking affirmative steps to remove Chemers from the board permanently.  In June 2016, the board proposed a resolution to create an executive committee consisting of all board members except for Chemers, and in July 2016, the board proposed a resolution to declare Chemers’ board seat vacant on the ground that he did not meet the member-residency requirement.  Chemers was not afforded an opportunity to present any evidence of residency, address the board, or have his legal counsel present when he was formally removed.

Chemers subsequently appealed the trial court’s decision, and the Court of Appeal concluded that the trial court erred by granting the anti-SLAPP motion as to the claims alleged against Quail Hill for breach of contract, violation of Civil Code section 5850 et seq., and for two counts of declaratory relief.  The Court of Appeal reasoned that none of those four causes of action arose out of protected activity – whether speech or petitioning activity – within the meaning of the anti-SLAPP statute.

So what is anti-SLAPP?

SLAPP is an acronym for strategic lawsuit against public participation.  California Code of Civil Procedure section 425.16 provides for a special motion to strike a cause of action against a person arising from any act of that person in furtherance of the person’s right of petition or free speech under the United States Constitution or the California Constitution in connection with a public issue.  In analyzing this, the court is required to engage in a two-prong test.

First, the court must decide whether the defendant has made a threshold showing that the challenged cause of action is one arising from protected activity – that is, the right of petition or free speech under the United States or California Constitution in connection with a public issue.  Not only must the defendant’s act form the basis of the claim, but the act itself must have been in furtherance of the right of petition or free speech.

In this case, Chemers argued that Quail Hill breached its bylaws by failing to provide him with access to Quail Hill’s records and notice of hearing.  Chemers also challenged the board’s decision to remove him from the board based on residency requirements that had not been enforced in a fair and non-arbitrary manner.  Chemers argued that the board failed to abide by its established criteria and follow proper voting procedures in conducting the removal vote.

In defense, Quail Hill argued that the causes of action arise out of protected speech because they have a connection to litigation – whether to prepare for litigation, to attempt to avoid it, or to minimize the extent of it.    The appellate court rejected this broad interpretation of the protected activity of the anti-SLAPP statute, stating that an argument could be made that virtually all, if not all, activities of a homeowners association arise to some degree with an eye on litigation, whether to pursue it, defend against it, or prevent it.  All such activities then, the argument logically follows, would be insulated by the anti-SLAPP statute.  The appellate court held that Chemers’ claims were not based on the board’s speech itself, and therefore did not arise out of protected activity.

As to the second prong, the appellate court found that Chemers showed a probability of prevailing on all but the negligence and breach of fiduciary duty claims.  Accordingly, the trial court’s judgment was reversed and the trial court was directed to enter a new order granting the anti-SLAPP motion as to the breach of fiduciary duty and negligence causes of action, and denying the motion as to the remaining causes of action.