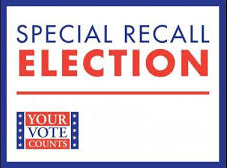 Recall elections of individual Board members or of the entire Board are a source of great contention, divide and added expense for HOA’s. Prior to the passage of SB 323, which took effect January 1, 2020, recall petitions and elections were already complicated. To add to this complexity, since SB 323 became law, some of the Civil Code sections associated with HOA elections now conflict with those of the Corporations Code in the context of recall elections.

Civil Code Section 5100(a)(1) states, “Notwithstanding any other law or provision of the governing documents, elections . . . legally requiring a vote, election and removal of directors . . . shall be held by secret ballot in accordance with the procedures set forth in this article.” This means that elections to remove/recall directors and to elect replacement Directors must comply with Civil Code Section 5100 et seq, which was amended via the passage of SB 323.

Notably, the required timeline for a recall election set forth in the Corporations Code does not match that of the Civil Code. Specifically, Civil Code Section 5115 proscribes a timeline of at least ninety (90) days to hold an election, assuming an Association’s Election Rules have already been amended to comply with SB 323, and which does not include any extra days for weekends or holidays. Therefore, noticing the membership for a recall election within ninety (90) days of the receipt of a recall petition as mandated by Corporations Code Section 7511 is now practicably impossible to satisfy in light of the new elongated Civil Code 5115 required timeline for elections (including recall elections). This is because notice cannot be sent to the membership until the Board and its counsel have reviewed and verified the petition to ensure it meets the requirements of the law and governing documents, which cannot reasonably occur on the same day a petition is received.

Thankfully, the Civil Code provides direction to Boards facing such a morass. Pursuant to Civil Code Section 5100(e), “(i)n the event of a conflict between this article and the provisions of the Nonprofit Mutual Benefit Corporation Law (Part 3(commencing with Section 7110) of Division 2 of Title 1 of the Corporations Code) relating to election [which includes Corp. Code Section 7511], the provisions of this article shall prevail.” This means that when there is a conflict between the Corporations Code and the Civil Code regarding mandated timelines and related notice deadlines for a recall election, Boards must follow the timelines proscribed in the Civil Code.

Although the Civil Code makes it clear that its provisions supersede those of the Corporations Code with regard to recall election timelines, other attorneys have taken a different and what we believe to be an erroneous approach to this conflict by advising HOA’s that the election to recall Directors take place before the election to replace recalled Directors to attempt to satisfy both the Corporations Code and the Civil Code. However, this approach is not advisable for several reasons.

First, Corporations Code Section 7220(b) makes it clear that the recall of a Director means said Director is no longer on the Board. Unless the Bylaws provide otherwise, there is no legal authority for a recalled Director to remain on a Board with any power or authority – even in a limited capacity – once the members have voted to recall or remove said Director. Accordingly, a recalled Director may not serve on the Board in the interim between their removal and the election of their successor because they have already been removed and no longer have any power or authority.

Second, Members may only petition the Board to schedule a special membership meeting, including one to recall Directors, for a lawful purpose pursuant to Corporations Code Section 7510(e). This means that if a petition seeks to partition a recall election from the election of replacement Directors if the recall is successful at a later date, the petition is not for a lawful purpose as Corporations Code Section 7210 and most likely the Association’s governing documents require HOA’s to have a Board of Directors. Recalling a Director without immediately electing their replacement would leave the HOA without a functioning Board of Directors as required by law.

Finally, petitioning members or Boards who allow the vote to recall Directors to proceed within the Corporations Code timeline of 35-90 days of receipt of the recall petition but allowing said recalled Directors to still serve on the Board with limited powers (without legal authority for same as discussed above) until their successors can later be elected under the longer Civil Code Section 5115 timeline expose their Association to legal liability. This is because if the recalled Directors who have no lawful authority are still meeting and making decisions on behalf of the HOA, such as entering into contractual relationships, imposing disciplinary action, etc. these decisions and acts made without proper authority are arguably void under the law. Furthermore, a recall election not conducted in strict accordance with Civil Code Section 5100 et seq. runs the risk of being challenged in court. Pursuant to SB 323, judges no longer have discretion in ruling upon such challenges as Civil Code Section 5145 now requires a judge to void any election not conducted in strict accordance with Civil Code Section 5100 et seq, which creates further legal exposure for an HOA attempting to bend the rules.