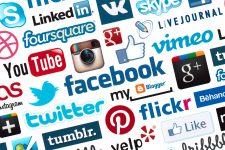 With increasing frequency, homeowners associations are confronted with members publishing content related to their association and its operations, whether on Facebook, blog posts, or other various online forums. Sometimes these publications are critical of the association board of directors, misrepresent important information and facts, or fraudulently purport to be official association publications. The various potential issues associated with member publications are seemingly endless, but California courts periodically provide clarity regarding issues that can arise in the context of member/association publications. The recent unpublished opinion of Kulick v. Leisure Village Association (2018) arose out of the publication of such member content and provides insight into how courts view and address some of these issues.

The trial court dismissed Kulick’s case after the Association brought an Anti-SLAPP motion against the defamation claim (“SLAPP” stands for Strategic Lawsuits Against Public Participation; such motions are designed to protect defendants who have been sued for acts in furtherance of a constitutionally protected right of free speech or petition). On appeal, the court found that the Letter constituted “protected activity” as a public writing (i.e. circulated to all members throughout the community) in connection with an issue of public interest – the ongoing controversy of the then-pending lawsuit between the Association and Kulick. Additionally, the court found that Kulick could not demonstrate a likelihood of success on the merits because “expressions of opinion that do not include or imply false factual assertions do not constitute actionable defamation,” among other reasons. For these reasons, the appellate court upheld the trial court’s ruling against Kulick.

While the Kulick case did not ultimately address the anonymous nature of Kulick’s publications or the validity of the Association rule prohibiting them, Kulick raises important issues for associations to consider when confronted with homeowner publications, or association responses to them. While it is unclear to what extent associations can restrict member publications, such as the regulation of anonymous publications, the court in Kulick signaled an association’s ability to address specific member allegations in the public forum of the community. However, when addressing such claims, associations should be mindful of the content of these responses as certain communications are not permissible (e.g. false assertions of fact, etc.). Conversely, an association has rights against defamation published by its members and should address any member publications that defame the association, its board of directors, managing agent, or employees.