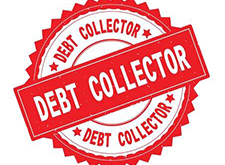 It is no secret that homeowners’ associations (“HOA”) are run and managed through the funds of monthly HOA assessments (“Fees”), and more often than not, HOA’s hire and retain debt collection firms to collect on past due Fees from delinquent members of the community. Sometimes, this leads HOA’s to lose large amounts of money in collection costs and write-offs (of “bad debt”) due to homeowner challenges under the Federal Debt Collection Practices Act (“FDCPA” or “Act”). The FDCPA provides protection to consumers (e.g., homeowners) from abusive debt collection practices by placing a myriad of procedures and limitations of which all debt collection firms must abide by, unless said firm solely recoups debt via non-judicial foreclosure, in which case the firm will only be subject to FDCPA § 1692f(6), discussed in detail further below. This was the U.S. Supreme Court’s holding in Dennis Obduskey v. McCarthy & Holthus LLP, No. 17-CV-1307, 2019 WL 1264579 (March 20, 2019).

In Obduskey, the homeowner defaulted on his mortgage payment, causing the lender to retain McCarthy & Holthus LLP (“Firm”)—a debt collection firm that solely recoups debt via non-judicial foreclosure—to foreclose on the home. The homeowner, Dennis Obduskey, brought an action against the Firm to challenge the foreclosure on the basis of alleged violations under the Act, among other things; in particular, Section 1692g(b). In short, Section 1692g(b) mandates a debt collector to cease all collection efforts and verify the debt it is attempting to collect if a debtor challenges/disputes the debt.

The Court, in agreement with the lower courts, ruled in favor of the Firm and dismissed the case against same on the basis that the Act (i.e., § 1692g(b)) did not apply to the Firm as it was not a “debt collector” under the Act’s primary definition (un-emphasized portion):

(FDCPA § 1692a(6).) (Emphasis added.)  The Court found that Section 1692f(6) of the Act was the only section applicable to the Firm as it fell under the “limited purpose definition” of “debt collector” (“LPD”)—section emphasized above—as its sole method of recouping debt was by enforcing security interests held in personal/real property through non-judicial means (e.g., non-judicial foreclosure), exempting the Firm from the rest of the Act.

The non-judicial requirement comes from the referenced Section 1692f(6), which prohibits “LPD debt collectors (security interest enforcers)” from the following:

(A) there is no present right to possession of the property claimed as collateral through an enforceable security interest;

(B) there is no present intention to take possession of the property; or

(C) the property is exempt by law from such dispossession or disablement.

Plain Language of the Act

This was the Court’s biggest selling point. The LPD states “[f]or the purpose of section 1692f(6)…such term [“debt collector”] also includes any person…in any business the principal purpose of which is the enforcement of security interests.” (Emphasis added.)

When the two sections (FDCPA §§ 1692a(6), 1692f(6)) are read together, the phrase “also includes” strongly suggests that the legislature did not intend non-judicial security interest enforcers, such as the Firm, to be part of the primary definition of “debt collector” under Section 1692a(6), which would subject the Firm to all provisions of the Act including the provision on which Obduskey brings his claim (Section 1692g(b)).

The Court goes on to state that if the legislature did intend to include non-judicial security interest enforcers to be part of the primary definition, LPD’s carve out of same via the words, “also includes” would be superfluous and unnecessary, further supporting its interpretation of 1692a(6). (Obduskey, at 5.)

The second part of the Court’s analysis consists of the purpose of the LPD carve out. In other words, why the legislature decided to make the FDCPA inapplicable to debt collection firms that solely practice non-judicial foreclosure*. The Court concludes that it was done to avoid conflicts between individual state law/procedures applicable to non-judicial foreclosure and the FDCPA. (Id. at 6.)

For instance, the Act broadly limits debt collectors from communicating with third parties “in connection with the collection of any debt” as one of its protections. (FDCPA § 1692c(b).)  However, as the Court notes, advertising the sale of a property is an integral and “essential element” of non-judicial foreclosure to attract bidders, ensure the fair market value and best price for the property, and ultimately protect the debtor from further liability by producing the best sale price. (Id.)

As a result, the Court found that the legislative purpose and intent of the LPD carve out to be in support of its interpretation of FDCPA § 1692a(6).

Lastly, the Court looks towards legislative history to solidify its interpretation of the statute. In particular, the Court analyzes two separate bills considered by the legislature when drafting the statute. One of which subjected security interest enforcers to the entire FDCPA and the other completely excluding security interest enforcers from FDCPA’s scope. See S. 918, 95th Cong., 1st Sess., § 803(f) (1977) (defined debt collector as “any person who engages in any business the principal purpose of which is the collection of any debt or enforcement of security interests.” [Emphasis added.]); see also S. 1130, 95th Cong., 1st Sess., § 802(8)(E) (1977) (excluded from the Act’s coverage “any person who enforces or attempts to enforce a security interest in real or personal property.”).

Given the extreme disparity between the two bills, the Court concludes that the LPD carve out is a product of compromise between the two and indeed solidifies its reading of Section 1692a(6) to exclude the Firm from the Act’s coverage*. As a result, the Firm was found to not be in violation of the Act as the provision in question was not applicable to same.

In response, Obduskey raises as one of his arguments that the Court’s ruling would open the doors for debt collection firms that practice non-judicial foreclosure to run rampant and engage in abusive collection practices prohibited by the Act. The Court disposes of this argument by relying on, and acknowledging the states’ roles in enacting and enforcing non-judicial foreclosure laws and regulations. The Court further states that if the legislature desires to expand the Act’s coverage to non-judicial security enforcers, it may do so at any time.