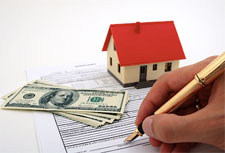 The United States Bankruptcy Court in California recently ruled in a case that may impact the terms under which Homeowners Associations (“HOAs”) contract with collections companies to pursue delinquent assessments.

In In re Antonio Cisneros, the debtor, Cisneros, owned two properties within the HOA and had fallen behind on his assessment payments. Cisneros ultimately filed Chapter 13 bankruptcy in order to save his properties and cure his assessment arrears. The HOA had contracted with a collections company to recover the delinquencies from Cisneros. That contract specifically stated that if the collections company was “unable to collect fees or costs from the delinquent Owner or other responsible party, [then the] Association shall not be responsible for such fees or costs.” (Emphasis added.) Accordingly, under the terms of the contract, the HOA was under no true obligation to pay the fees or costs incurred by the collections company. That contractual provision was what the Bankruptcy Court relied upon in disallowing the collections company’s claims to recover its roughly $14,000 in collections fees and costs from Cisneros…

Cisneros conceded liability for payment of the past due assessments plus $1,100 in expenses incurred by the HOA. However, Cisneros objected to the roughly $14,000 in collections fees charged by the collections company, arguing that they were “unreasonable and excessive, and not recoverable pursuant to California Civil Code § 1366.1 because the HOA did not actually incur those costs.” California Civil Code § 1366.1 states that “[a]n Association shall not impose or collect an assessment or fee that exceeds the amount necessary to defray the costs for which it is levied.” Additionally, California Civil Code § 1366(e) specifies the charges a HOA may impose when an assessment is delinquent, including “reasonable costs incurred in collecting the delinquent assessment, including reasonable attorney’s fees.”

The fact that the HOA was not contractually liable for any unpaid collections fees was thus central to the Bankruptcy Court’s ruling:

“Cisneros is not liable to [the collections company] in any way. The claims [the collections company] filed on behalf of the HOA are those of the HOA and are allowable only to the extent that the HOA may assert them under state law. It is clear that the fees of the collections company are not allowable claims of the HOA under § 1366(e) because they were not costs incurred by the HOA in collecting the delinquent assessment. They are also not allowable under § 1366.1 because they exceed the amount necessary to defray the HOA’s costs; they are not costs of the HOA at all. To find otherwise opens the door to all sorts of mischief, as an HOA has no incentive whatsoever to question costs for which it is not liable and no incentive to search for services charging more reasonable costs.” (Emphasis original.)