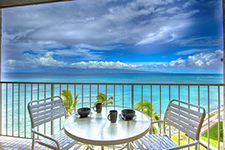 The California Court of Appeal recently ruled on the case of Eisen v. Tavangarian (2019) 36 Cal.App.5th 626, which involved a view protection dispute between neighbors.  The Plaintiff Homeowners sued the Defendant Homeowners and alleged that Defendants’ remodeling violated several provisions of the HOA’s CC&Rs.

First, Plaintiffs pointed to the CC&R provision, which stated that only single-story family dwellings can be altered or erected, except for those two-story family dwellings that were initially approved by the Developer or Architectural Committee.  Plaintiffs argued that although the Defendants’ residence was an approved two-story home, it could not be later altered or modified to enlarge its silhouette.

Lastly, Plaintiffs pointed to the restriction in the CC&Rs that prohibited “structures” from being erected that could potentially obstruct the view from another lot.

The appellate court disagreed and overruled a substantial portion of the trial court’s judgment.

As to the first provision of the CC&Rs, the Court of Appeal found that since Defendants’ second story home was initially approved by the Developer and/or Architectural Committee, this specific CC&R provision had no continuing authority.

As to the architectural review expiration clause, the Court of Appeals held that the absence of a reviewing entity meant that the Defendants no longer needed approval to make architectural changes.

As a result, the Defendants were permitted to maintain their home as remodeled with the exception of some hedges that needed to be trimmed.