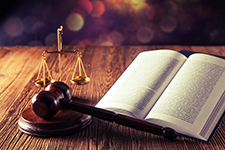 We recently blogged about the importance of the the plain language of an association’s Declaration when following pre-litigation requirements to a construction defect claim.  On March 18, 2019, the California Court of Appeal ruled that trial courts should not deny a homeowner of his right to submit a case to arbitration pursuant to the CC&Rs when there is a disagreement about whether the homeowner complied with the pre-litigation requirements.  Instead, the dispute should be submitted to an arbitrator to make the final decision on whether the conditions precedent to arbitration have been satisfied. (See Baldwin v. Woodside 05s, LP, Case No. E06827 (Cal. Ct. App. March 18, 2019).)

In the case of Baldwin v. Woodside 05s, LP, several homeowners filed a lawsuit against a developer on construction defect claims.  According to the development’s CC&Rs, homeowners were required to satisfy certain pre-litigation conditions before they were permitted to initiate lawsuits against the developers.  For example, before filing a lawsuit, the CC&Rs stated that:

In the Baldwin case, the homeowners did not satisfy the pre-litigation requirements.  The homeowners filed a lawsuit against the developer, without providing notice or an opportunity to inspect, and then tried to compel arbitration and judicial reference through motions to the court.  In response, the trial court denied both of the homeowners’ motions, and the homeowners appealed.

The Court of Appeal held that the homeowners were not permitted to appeal the trial court’s ruling in relation to their request for a judicial reference because the Code of Civil Procedure, section 906 only permits appellate courts to review verdicts that involve the merits of the case or that substantially affects the rights of a party.  The Court of Appeal found that the decision to grant or deny a judicial reference does not involve the merits of a case.  Therefore, the homeowners had no right to appeal and lost their opportunity to submit the matter to a judicial reference.

However, the Court of Appeal found that the trial court erred when it denied the homeowners’ motion to compel arbitration.  The Court of Appeal held that while trial courts should determine whether parties agreed to be bound by an arbitration clause in the first place (i.e., the question of arbitrability), only arbitrators should rule on procedural questions, like whether a condition precedent to arbitration has been fulfilled.