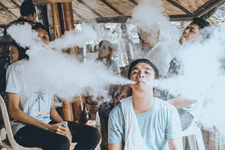 Asked – Can a homeowners’ association prohibit owners from smoking within the interior of their units?

Answered – The California Legislature has recognized that homeowners associations (“HOAs”) require flexibility in adopting and enforcing “operating rules” governing the use of common areas and “exclusive use” common areas (or “Restricted Common Areas”) such as parking spaces, patios and balconies.  The California Civil Code provides this flexibility by granting HOAs authority to adopt and enforce such operating rules without requiring a formal amendment to the HOA’s Declaration of Covenants, Conditions and Restrictions (“CC&Rs”). (See Cal. Civ. Code § 4350.)

Most CC&Rs provide that the board’s rule-making authority extends to activities affecting “the Common Area and the facilities thereon.” Such a provision therefore does not authorize the board to promulgate new operating rules regulating conduct inside the units.   Notwithstanding that fact, many CC&Rs also contain a use restriction prohibiting residents from engaging in activities within their units which would constitute a “nuisance.” Indeed, such a provision may read something like:

Therefore, any operating rule adopted by the board prohibiting smoking within the interior of the units would not be tantamount to a new ‘rule’ of the HOA. Rather, it would be a policy clarifying the extent of a use restriction that already exists within the CC&Rs—a use restriction which prohibits nuisance activities, and which further confers upon the board the discretionary authority to deem smoking a prohibited nuisance.

The foregoing is further supported by a steady and strong movement by California cities and the California Legislature to prohibit smoking in public, workplace and multi-unit residential environments.  The trend is based upon the recognition by various State and Federal governmental authorities and agencies that smoking and secondhand smoke (regardless of the amount) is inherently hazardous and injurious to health.  Notably, the former Chief of the California Division of Occupational Safety and Health (CAL OSHA), Dr. John Howard, MD, states that the problems posed by second-hand smoke are especially significant in multi-unit residential environments because the smoke can “move through light fixtures, ceiling crawl spaces, and into and out of doorways.”  This puts occupants at risk for “irritant, allergic, acute and chronic cardiopulmonary and carcinogenic adverse health effects.” (See California Air Resources Board – ETS Exposure; “Environmental Tobacco Smoke in Multi-Unit Housing.”)

Based upon the foregoing and the strong public policy with respect to regulating tobacco smoke exposure, we believe the board is within its authority to implement a policy that prohibits smoking anywhere within the HOA’s development—including the units provided that the CC&Rs contains language similar to that quoted above.  Such action would be based upon the board’s position that smoking and secondhand smoke is a hazard and a nuisance, and thus conduct which is prohibited by the existing language of the CC&Rs.

To be sure, the board’s implementation of such a policy and its efforts to enforce same may be met with resistance and be subject to challenge.  A smoker who has resided within a HOA for many years may believe that the board is exceeding the scope of its authority; that nowhere in the CC&Rs does it explicitly prohibit smoking within the units or grant the board with the authority to ostensibly ‘write’ such a prohibition into the CC&Rs.  We are confident, however, that the HOA’s position would be upheld as it is wholly supported by a chorus of State and Federal governmental entities, regulatory agencies, court decisions, etc.