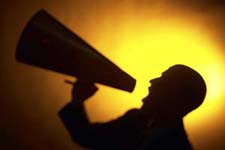 A recently decided case underscores the fact that speaking out against the action of a HOA’s Board of Directors, agents and/or management is a constitutionally protected activity. In Country Side Villas Homeowners Association v. Susan Ivie, 193 Cal.App.4th 1110 (2011) (“Country Side“), a homeowner (“Ms. Ivie”) was upset at the Association’s newly elected Board and newly hired Attorney for their new interpretation of a maintenance provision in the CC&Rs concerning balconies. Ms. Ivie was concerned about the lack of funding for the new maintenance obligation and also that the decision was being made by the Board for self-serving reasons. The case ultimately went to trial where the Association sought a judicial determination as to the interpretation of the CC&Rs and also sought damages in the form of attorneys’ fees from Ms. Ivie.

The most interesting aspect of the holding is that the appellate court ultimately affirmed the trial court’s granting of Ms. Ivie’s anti-SLAPP motion. “SLAPPs” (“Strategic Lawsuits against Public Participation”) are civil complaints or counterclaims in which the alleged injury was the result of petitioning or free speech activities protected by the First Amendment of the US Constitution. California has an anti-SLAPP statute (Civil Procedure Section 425.16) that provides for a special motion to strike a complaint where the complaint arises from conduct that falls within the rights of petition and free speech.

The decision in Country Side to grant Ms. Ivie’s anti-SLAPP motion was based on the rationale that Ms. Ivie’s action–the petitioning of the Association’s Board and the requests to inspect the Association’s financial documents–arose from constitutionally protected activity. Protected activity under Section 425.16 includes instances where the action arises out of “any other conduct in furtherance of the exercise of the constitutional right of petition or the constitutional right of free speech in connection with a public issue or an issue of public interest.” §425.16(e)(4).

Public comments concerning the competence of an HOA manager are recognized under California case law as speech connected with an issue of public interest within the meaning of Section 425.16. Damon v. Ocean Journalism Club,(2000) 85 Cal.App.4th 468, 479-480. In ruling that Ms. Ivie’s conduct in criticizing the Association’s action was similarly a matter of public interest within the meaning of Section 425.16, the court used the rationale from Damon that Section 425.16 “has been broadly construed to include not only governmental matters, but also private conduct that impacts a broad segment of society and/or that affects a community in a manner similar to that of a governmental entity.” Damon, at 429.

To read the holding of Country Side, click here.
To read more about California’s anti-SLAPP statute, click here.