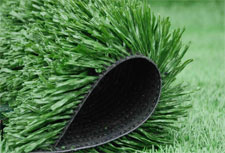 In recent years the California legislature has proposed bills that would require homeowners associations (HOAs) to permit the installation of artificial turf (grass) in their communities. Those bills never made it into law, and were vetoed by the California Governor due to the Governor’s belief that “[t]he decision about choosing synthetic turf instead of natural vegetation should be left to individual homeowners associations, not mandated by state law.”

“While in the middle of a water shortage crisis, homeowner associations are not allowing homeowners to make voluntary sacrifices and are still forcing them to maintain grass lawns, by installing artificial grass, and are fining them if they are out of compliance. [AB 349] ensures that all homeowners have the right to better conserve water by voluntarily replacing grass with artificial grass. Property owners who pursue water conservation by installing artificial grass should be encouraged, not sued or fined. Thus, this act is necessary for the immediate preservation of the public peace, health, and safety.”

The prolonged California drought has apparently lead to a reversal in the Governor’s position on this issue and AB 349 was signed into law on September 4, 2015. As a result, Civil Code Section 4735 has been amended to render void and unenforceable any provision of a HOA’s governing documents (i.e., a HOA’s architectural standards) that “prohibits, or includes conditions that have the effect of prohibiting, the use of artificial turf or any other synthetic surface that resembles grass.” (Civ. Code § 4735(a)(2).)

This language was modeled after similar protections already existing in Section 4735 for homeowners seeking to use “low-water using plants.” An additional amendment to Section 4735 as a result of AB 349’s passage includes the incorporation of new subpart (d) that protects homeowners from having to “reverse or remove” water-efficient landscaping measures that were installed in response to a government-declared drought period once the drought period concludes.