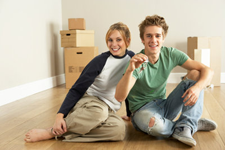 We previously blogged about H.R. 3700, the “Housing Opportunity Through Modernization Act of 2016”, which was signed by the President on July 29, 2016.  H.R. 3700 required the Department of Housing and Urban Development (“HUD”) to streamline the Federal Housing Administration (“FHA”) recertification process, provide regulations for commercial space exemptions, allow for deed-based transfer fees, and lower the owner-occupancy requirement within ninety (90) days of the bill’s approval.  In response to these provisions and changes in the condominium market, HUD proposed a new rule governing the certification requirements for condominium associations.  The proposed rule includes the following reforms:

FHA proposes to reinstate single-unit, or “spot,” approvals in communities that are not FHA approved.   In order for the individual unit to qualify, the association may not have been denied FHA approval in the past, and the number of single-unit approvals within the community must not exceed twenty percent.

FHA currently limits commercial space to 50%.  The proposed rule would establish an allowable range for commercial space between 25 and 60 percent, which would allow mixed-use communities an opportunity to obtain FHA approval.  FHA has acknowledged that “mixed-use developments are a way to integrate housing, land-use, economic and workforce development,” but it is concerned that communities with greater than fifty percent commercial space would have a negative impact on the community’s character.  Commercial space exemptions will be granted based on the local economy and project specifics.

The proposed rule would require the association’s budget contain at least a ten percent line item for reserves.  FHA may approve a lower amount based on a reserve study that is no more than two years old.

FHA currently requires an owner-occupancy rate of 50%.  While FHA continues to believe that a higher rental rate would harm the community’s marketability, it proposes establishing an allowable range of 25 to 75 percent.  The new percentages would include both primary and secondary residences, noting that a secondary residence would be defined as an owner’s part-time residence and not a vacation home.  The range would allow FHA to make changes based on market conditions.

On October 26, 2016, FHA formally lowered the owner-occupancy rate to 35% under certain conditions.  “It is FHA’s position that owner occupants serve to stabilize the financial viability of the projects and are less likely to default on their obligations to owners associations than non-owner occupants.”  In order to qualify for the lower rate, the association must meet the following requirements:

Condominium associations that do not meet these requirements will be subject to the existing owner-occupancy requirements.