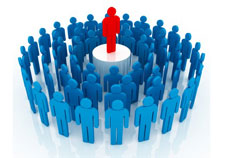 It is easy to understand how Homeowners Associations (HOAs) have standing to initiate legal action for enforcement of their governing documents or for damage to the HOA’s common areas. However, under what circumstances may a HOA bring a lawsuit on behalf of its members for claims that the individual members may have against third parties? That question was addressed in the recent case of Glen Oaks Estates Homeowners Association v. Re/Max Premier Properties, Inc., (2012) (Glen Oaks).

In Glen Oaks, the Plaintiff/Appellant HOA sued several realtors (Realtors) who had assisted the developers of Glen Oaks Estates (Project) in marketing and selling its parcels. A significant slope failure occurred along parts of the Project’s common area slopes and driveway in 2005. The HOA’s members (Members) then discovered that the soil reports which analyzed the Project’s common areas were substantially defective and unreliable. Though the Realtors were aware of the defects in these reports, they had either failed to provide these reports to the Members or had provided them without any warning as to their defects. The Members also discovered that the Realtors had violated various statutory disclosure requirements and had either intentionally concealed or misrepresented material information, including providing a false budget with a deceptively low monthly dues statement to the Members during the sales process.

The trial court initially entered judgment in favor of the Realtors in 2010. That judgment was based in part on a determination that, because the claims against the Realtors belonged to the individual Members, the HOA lacked the requisite standing to initiate the lawsuit on their behalf.

On appeal, the HOA contended that it had the requisite standing under Civil Code Section 1368.3. Civil Code Section 1368.3 provides that “[a]n association established to manage a common interest development has standing to institute, defend, settle, and intervene in litigation…in its own name as the real party in interest and without joining with it the individual owners of the common interest development…” However, such standing is conferred only in particular matters, including “matters pertaining to” (1) “[d]amage to the common area.” Id.

The HOA conceded that “the right violated was ‘personal to the [M]embers’ in that the Realtors owed the [Members] a fiduciary duty.” However, because the Members’ damages “consist of a $3-million repair obligation for the common area driveway and slopes,” the HOA argued that the matter therefore “pertains” to damage to the common areas within the meaning of Civil Code Section 1368.3.

The appellate court in Glen Oaks ultimately agreed with the HOA’s argument. The HOA’s complaint alleged that it is “embroiled in third party actions arising from the failure of the common area slopes and roadway, and it is responsible for certain expenses to repair the common areas.” The appellate court ruled that these allegations were indeed “sufficient to show the matter pertains to damage to the common area” so as to confer standing on the HOA to bring the lawsuit on behalf of the Members.