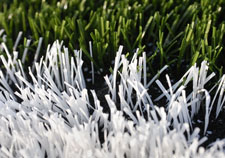 Congratulations to CAI’s California Legislative Action Committee (“CAI-CLAC”) for successfully working to get Senate Bill 759 vetoed. SB 759 would have required Homeowners Associations to permit the installation of artificial turf in their communities. This marks the second time that such a bill was ultimately vetoed by a California Governor.

SB 759 purported to serve a water conservation goal and was passed by the California Legislature with bipartisan support. The Community Association Industry’s opposition to the bill was based largely on the realization that such a bill would intrude on the self-governance rights reserved for Homeowners Associations.

In his veto message, Governor Jerry Brown stated that “[t]he decision about choosing synthetic turf instead of natural vegetation should be left to individual homeowners associations, not mandated by state law.”