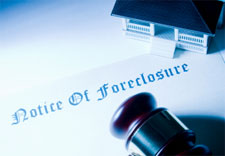 The California Civil Code requires community associations (“HOAs”) to levy regular and special assessments as necessary to perform the HOA’s obligations under its governing documents. However, when a homeowner fails to pay those assessments, HOAs are often left with no alternative other than to pursue the owner in accordance with the collection methods sanctioned under the HOA’s governing documents and the Civil Code. Because those methods could result in the foreclosure of the delinquent homeowner’s property, it is paramount that HOAs strictly comply with the statutory procedures and requirements applicable to assessment collection (i.e., transmittal of notices, dispute resolution procedures, votes to initiate foreclosure, etc.).

The recent case of Diamond v. Casa Del Valle Homeowners Association 2013 DJDAR 9176, which has been certified for publication, illustrates how failing to comply with those procedures and requirements can result not only in the invalidation of a HOA’s assessment lien, but also an award of attorney’s fees and costs to the delinquent homeowner…

Having failed to receive the delinquent funds within 30 days, the Association recorded a Notice of Assessment against the owner’s property on July 26, 2007. A copy of that recorded Notice of Assessment was not sent to the owner until 28 days after the recording date. Thereafter, the owner sent a correspondence to the Association requesting that the parties meet and confer, and if that failed to resolve the dispute, that the parties engage in ADR with a neutral mediator. The Association denied that request, asserting that the parties had already met and conferred, and that the owner was entitled to “either meet and confer with the Association or engage in Alternative Dispute Resolution [ADR], but not both.” Thereafter the Board met in executive session and voted to approve the initiation of foreclosure proceedings. That vote was not recorded in the minutes of the executive session meeting, nor was the owner notified of the Board’s vote to foreclose prior to the commencement of the foreclosure action.

The Association clearly made several departures from the strict procedural requirements set forth in the Civil Code. These departures ultimately resulted in the court’s invalidation of the Association’s assessment lien. The four (4) primary requirements focused on by the court in Diamond are discussed further below.

I. DEADLINE FOR TRANSMITTAL OF NOTICE OF RECORDED ASSESSMENT LIEN

The first of the Association’s critical mistakes involved the Association’s failure to issue timely notice to the homeowner after the recordation of the assessment lien. Under Civil Code Section 1367.1(d), “a copy of the recorded notice of delinquent assessment shall be mailed by certified mail to every person whose name is shown as an owner of the separate interest…no later than 10 calendar days after recordation.” (Emphasis added). As the Association failed to send notice until approximately 28 days after the recording of the lien, the court found that the Association had failed to comply with this statutory requirement.

II.NOTICE OF RIGHT TO REQUEST PARTICIPATION IN DISPUTE RESOLUTION

III.VOTE TO FORECLOSE MUST BE RECORDED IN MINUTES OF NEXT MEETING

The Board in Diamond also failed to properly record the vote of the Board to approve the foreclosure in the minutes of the next Board meeting. Civil Code Section 1367.4(c)(2), requires that the decision of the Board to initiate foreclosure of a delinquent assessment lien must be approved by the vote of a majority of the Board in executive session, and such approval must be recorded in the minutes of the next meeting. The Association argued that its failure to abide by Section 1367.4(c)(2) was of no consequence since the owner was aware that the foreclosure would be filed. Once again, the court found against the Association–reiterating that the mandatory language of the statute permitted no deviations from its procedural requirements.

IV.NOTICE OF DECISION TO FORECLOSE ON ASSESSMENT LIEN

Tinnelly Law Group is proud to offer its clients with access to comprehensive, attorney-supervised collection services through the use of our affiliate, Alterra Assessment Recovery.