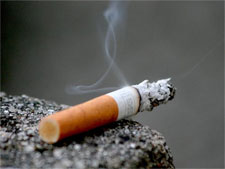 The problems posed by second-hand smoke have become a burning issue for California homeowners associations (“HOAs”), expecially condominium developments. A HOA typically does have the authority to adopt operating rules that prohibit smoking in common areas and exclusive use common areas; however, those rules may be insufficient to address problems posed by second-hand smoke emanating from inside an owner’s unit. Prohibiting that type of activity generally requires language to that effect contained in the HOA’s recorded CC&Rs. Where there is no such language, HOAs often refuse to get involved and opt to treat those situations as a “neighbor-to-neighbor” disputes.

However, we have written before about how a HOA may have an obligation to enforce the nuisance provisions contained in its CC&Rs to address problems posed by smoking within units. An Orange County jury recently affirmed this fact in the first ruling of its kind in California. The jury in Chauncey v. Bella Palermo Homeowners’ Association, et al., OCSC Case No. 30-2011-00461681, found the defendants HOA and its management company negligent and also found the HOA in breach of its CC&Rs for failing to enforce its nuisance provision protecting the plaintiffs’ rights to their “quiet enjoyment” of their unit. The jury held the HOA liable for doing nothing to abate the alleged nuisance resulting from the second-hand smoke, despite the fact that the CC&Rs contained no provision specifically prohibiting smoking within the units.