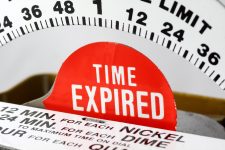 Asked– Is the Board of Directors required to bring legal action, within a certain timeframe, against a homeowner, who is violating the association’s governing documents?

HOAs should keep in mind that even if the Statute of Limitations has not yet expired, the Court has the authority to prohibit an HOA from initiating legal action if it believes that the HOA failed to promptly enforce the governing documents.  These legal defenses are known as the defense of “laches” and “waiver.”  The defense of laches requires a homeowner to prove that he was prejudiced by the HOA’s unreasonable delay in enforcing the governing documents.  Whereas, the defense of waiver requires a homeowner to prove that the HOA failed to promptly remedy a sufficient number of similar violations throughout the community, so that the HOA’s related rules and regulations generally appeared to be waived.  The theory is that by failing to enforce some violations, the HOA induced other similarly situated homeowners to believe the association’s governing documents were no longer subject to enforcement.

To avoid these potential defenses, HOAs should act promptly to enforce the governing documents upon learning of a violation.  Although, it is important to note, that HOAs are not required to initiate litigation for every potential violation.  HOAs can, alternatively, enforce their governing documents without legal action via monetary penalties and/or the suspension of privileges.

When the board of directors discovers a violation, or is notified of the same, it should promptly investigate the matter to determine the best course of action to compel the homeowner’s compliance.  Before resorting to litigation, HOAs should always weigh the costs of litigation, the seriousness of the violation, and the likelihood of success at trial.  The board of directors possesses wide discretion to determine whether or not to move forward with litigation, so long as the board is acting in good faith and in the best interests of the association.  In the case of Beehan v. Lido Isle Community Association, the Court of Appeal held:

“The power to manage the affairs of a corporation is vested in the board of directors. Where a board of directors, in refusing to commence an action to redress an alleged wrong against a corporation, acts in good faith within the scope of its discretionary power and reasonably believes its refusal to commence the action is good business judgment in the best interest of the corporation, a [Member] is not authorized to interfere with such discretion by commencing the action…. ‘Every presumption is in favor of the good faith of the directors. Interference with such discretion is not warranted in doubtful cases.” (Beehan v. Lido Isle Community Association (1977) 70 Cal.App.3d 858, 865.)