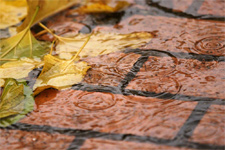 Most every set of Homeowners Association (“HOA”) CC&Rs contain a provision prohibiting conduct which constitutes a “nuisance.” That conduct often includes “noxious, illegal or offensive activities,” anything which “unreasonably interferes with a resident’s right to quiet enjoyment” and/or “endangers their health or annoys or disturbs” them. We have blogged about how such nuisance provisions may be employed to resolve issues such as the conduct of tenants, activities in the common area, and second-hand smoke transmission. However, a recent unpublished ruling of a California appeals court indicates how nuisance provisions may also extend to situations involving improvements constructed or maintained by a homeowner.

In PGA West Residential Association, Inc. et al., v. Mork (2014) Cal. Ct. App. No. E054276 (“PGA West“), the Defendant homeowners (the Morks) and the Plaintiff homeowners (the Wyatts) owned adjacent, freestanding condominium units within the PGA West Residential Association (“Association”). In 2008, the Wyatts discovered the presence of mold and moisture damage within the interior of their unit. The Wyatts concluded that the water had entered into their unit through an exterior common area wall (“Common Wall”) separating their unit and the Morks’ patio (“Patio”). The Wyatts then sued both the Morks and the Association for violating the restrictive covenants set forth in the Association’s CC&Rs. The Association also sued the Morks for breach of the CC&Rs, breach of contract, and negligence–alleging that the Morks had altered the drainage in the Patio and, as a result, caused water to flow under the Common Wall and into the Wyatts’ unit.

At trial, both the Wyatts and the Association presented evidence that the Morks had altered the original grade of the Patio in the Morks’ course of constructing a swimming pool, sprinkler system and other improvements in the Patio area. The Morks’ conduct resulted in surface water which drained away from the Morks’ unit ultimately collecting into a 2′ wide planter (“Planter”) that extended the length of the Common Wall. In their defense, the Morks argued, among other things, that they were not responsible under the CC&Rs for maintaining the Patio or the Planter–that those areas were designated as “Limited Common Areas” under the CC&Rs to be maintained by the Association…

The trial court found in favor of the Wyatts and the Association. It awarded damages of more than $1 million to the Wyatts and over $40,000 to the Association. The Morks appealed the trial court’s decision, contending that the evidence presented at trial was insufficient to support the trial court’s findings that the Morks had breached their duty under the CC&Rs not to interfere with the established drainage pattern of their lot and to maintain the grading of the Patio area.

The Court of appeals ultimately agreed with the Morks’ contention. However, it largely affirmed the trial court’s liability determination on the basis that the Morks’ Planter and sprinkler system constituted a “nuisance” in violation of the CC&Rs:

“…we need not determine whether the Morks were responsible for maintaining the side yard or interfered with the existing drainage pattern. As we shall explain, the CC&R’s prohibited the Morks from maintaining a nuisance. The evidence is undisputed that in January 2008, the Morks discovered a leaking pipe in their patio area planter. The Morks had that leak repaired and at the same time had a new irrigation system installed in the planter. The Morks, even if not obligated to do so under the CC&R’s, assumed the responsibility for repairing the leak, and of installing the irrigation system. Consequently, they also assumed the duty to maintain that system in a way that did not create a nuisance…”

“…the evidence is sufficient to support a finding the Morks breached the CC&R’s by failing to maintain the planter and irrigation system in the patio area adjacent to their condominium, and this oversight created a nuisance. Accordingly, we must conclude there is sufficient evidence to support the trial court’s liability determination.” (Emphasis added.)

PGA West is interesting in light of how the areas in question were designated as “Limited Common Areas” under the CC&Rs to be maintained by the Association. Notwithstanding that fact, the Morks’ liability was predicated on actions they took which caused them to assume those maintenance responsibilities, and to perform them in such a fashion so as to prevent the creation of a nuisance.