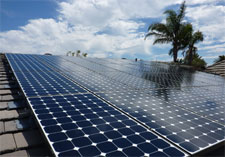 More and more homeowners are seeking to utilize the cost-savings and environmental benefits that solar energy systems provide. However, the way in which a homeowner may obtain cheaper and “greener” energy should be balanced against the need for a Homeowners Association (“HOA”) to ensure that such systems will not place additional strain on the Association’s maintenance resources or jeopardize the aesthetic harmony of the community. Civil Code Section 714, a component of the “California Solar Rights Act,” purports to provide for such a balance by imposing additional requirements on an HOA when it evaluates a homeowner application for a solar energy system.

The interpretation of these requirements was central to the ruling in the recent case of Tesoro del Valle Master Homeowners Association v. Griffen. In Tesoro, defendants sought to install a solar energy system at their residence (“the Property”) located within the Tesoro del Valle Master Homeowners Association (“Association”). The dispute arose after the defendants proceeded with installing the solar energy system without the Association’s approval. As is the case with many HOAs, the Association’s CC&Rs prohibited homeowners from performing any “construction, alteration, or removal of any Improvement in the [Association]…without the approval of” the Association’s Architectural Control Committee (“ACC”).

The ruling in Tesoro dealt with many factual and procedural issues regarding the process by which the defendants’ application for a solar energy system was denied by the ACC. However, the most interesting aspects of the holding relate to the court’s interpretation of three issues concerning a HOA’s legal obligations under Section 714 when evaluating an application for the installation of a solar energy system. In general, these issues were:

Section 714 generally provides that any “covenant, restriction, or condition contained in any deed, contract, security instrument, or other instrument affecting the transfer or sale of, or any interest in, real property, and any provision of a governing document…that effectively prohibits or restricts the installation or use of a solar energy system is void and unenforceable.” However, Section 714 still permits HOAs to impose “reasonable restrictions” on the installation of solar energy systems, defined as “those restrictions that do not significantly increase the cost of the system or significantly decrease its efficiency or specified performance, or that allow for an alternative system of comparable cost, efficiency, and energy conservation benefits.”

The design guidelines adopted by the ACC in Tesoro expressly referenced the installation of solar energy systems and the requirements of Section 714: “As provided for in Section 714 of the California Civil Code, reasonable restrictions on the installation of solar energy systems that do not significantly increase the cost of the system or decrease its efficiency or specified performance, or which allow for an alternative system of comparable costs, efficiency, and energy conservation benefits may be imposed by the [ARC].”

In Tesoro, an expert testified that a comparable energy system which could have been installed in an alternative location (the roof of the Property’s casita instead of the slope adjacent to the Property) and which would have consisted of fewer panels would yield the same performance efficiency but have a 14 percent (14%) reduction in output. The expert also testified that this alternative system, as a result of the new location of the panels, would be less expensive to install than the original system. On the basis of this testimony, the court in Tesoro ruled that “substantial evidence supported the jury’s conclusion that the CC&R’s imposed reasonable restrictions that were in compliance with Section 714.” The (1) potential cost savings, (2) unchanged efficiency, and (3) mere 14 percent (14%) reduction in output of the alternative system was sufficient to establish “that the CC&R’s and Design Guidelines allowed for an alternative solar energy system of comparable costs and efficiency that did not significantly increase the cost or decrease the efficiency of the system sought by [defendants].”

The Association’s CC&Rs provide that the approval or disapproval of applications for improvements “shall be in the sole and absolute discretion of the [ACC] and may be based upon such aesthetic considerations as the [ACC] determines to be appropriate.” The defendants argued that this provision was in violation of Section 714 because the ACC could not consider the aesthetic impact of the proposed system in evaluating defendants’ application. The court struck down this argument on the basis of the language in Section 714 referencing the manner by which applications for solar energy systems are to be processed and approved. The court reasoned that “the provision in [S]ection 714 that ‘the application for approval shall be processed and approved by the appropriate approving entity in the same manner as an application for approval of an architectural modification to the property’ indicates that the Legislature specifically anticipated that an evaluation of a proposed solar energy system–just as any other proposed improvement’–would involve consideration of aesthetics.”

The defendants also argued that the ACC had the burden to propose a comparable alternative solar energy system at the time they denied defendants’ application. The court in Tesoro quickly struck down this argument because nothing in the language in Section 714 could be read to impose such a burden on a HOA. All that was required of the ACC was to inform defendants of the bases for its denial. After that point, “it was [the defendants’] burden to reapply for approval of a solar energy system” that satisfied the procedural requirements in the CC&Rs and that addressed the concerns upon which the original application was denied.