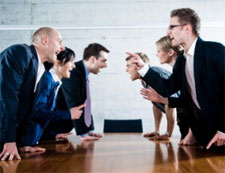 A Homeowners Association (“HOA”) Board of Directors exercises substantial authority and control over the direction and financial well-being of the HOA. Proactive and concerned HOA members often seek election to the Board of Directors in order to deal with perceived problems in the community. Unfortunately, these elections sometimes result in disagreements and disputes between competing candidates. These disputes may become so heated and contentious that individuals result to levying harmful statements and allegations against one another.

In Cabrera v. Alam, Defendant Alam was running for reelection to the Board of Directors. Plaintiff Cabrera served as a previous president of the HOA and was actively campaigning against Alam in favor of his competitors. During the HOA’s annual meeting and election, Alam accused Cabrera of defrauding and stealing money from the HOA. Cabrera based her defamation cause of action against Alam on these accusations.

Alam filed an Anti-SLAPP motion to strike the claim under California Code of Civil Procedure Section 425.16. The trial court denied the motion on the basis that Alam had failed to show that the defamatory statements he made arose out of protected activity.

In reversing the trial court, the Court of Appeals found that Alam’s statements were indeed protected activity “because they were made in a public forum at a homeowners association’s annual meeting and concerned an issue of public interest, namely, the qualifications of a candidate for office in the association.”