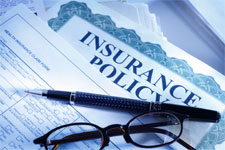 There are instances where a disgruntled homeowner may file a lawsuit against his or her homeowners association (“HOA”). The lawsuit may be based on a variety of claims (i.e., claims involving property damage or alleged malfeasance on the part of the HOA’s Board of Directors). This is one of the reasons why HOAs are legally required to purchase and maintain certain insurance policies designed to protect the HOA and its membership from a variety of risks.

However, problems may arise in response to the actions taken by the HOA and its management once the lawsuit has been served. Those problems generally result from the way in which the lawsuit may have been “tendered” (sent to) to one or more of the HOA’s insurance carriers, including whether it was even appropriate to tender the lawsuit in the first place. This blog post addresses some of those problems and provides guidance to HOA Boards and their management with regard to this issue…

Our attorneys have also published this information in an article that is available for download from our Web site’s library.

Lawsuit & Insurance Overview
As stated above, HOAs are legally required to purchase and maintain certain insurance policies designed to protect the HOA and its members, including its Board Members, from a variety of risks. Those policies almost always include (1) a general liability policy for claims relating to personal injury or property damage, and (2) a “D&O” (Directors and Officers) policy that extends to actions taken by the Board and potentially HOA Committee Members. In general, these policies obligate a HOA’s insurance carrier(s) to “indemnify” the HOA (to reimburse the HOA for any judgment award entered against it), and to provide the HOA with a legal defense in the lawsuit. However, this does not mean that the insurance policies will provide indemnification and a defense in every type of lawsuit that may be brought against the HOA (i.e., HOA insurance policies rarely, if ever, provide indemnification and a defense to lawsuits brought by a vendor of the HOA based on an alleged breach of contract).

Evaluation of the Lawsuit by the HOA’s Legal Counsel
HOAs may run into problems when the first step the HOA or its management take in response to being served with a lawsuit is to automatically tender the lawsuit to one or more of the HOA’s insurance carriers. We have seen instances where lawsuits should not have been tendered for numerous reasons, including:

For these reasons, the very first step that a HOA and its management should take in response to being served with a lawsuit is to immediately notify the HOA’s legal counsel so that an initial evaluation of the lawsuit can be performed. That evaluation will avoid the problems discussed above and will provide the Board with guidance in determining whether tendering the lawsuit is necessary or appropriate. Additionally, the initial evaluation may reveal time-sensitive actions that should be taken prior to tendering the lawsuit (i.e., a motion to disqualify the judge that has been assigned to the case on the basis of a perceived prejudice).

Board Determination Whether to Tender the Lawsuit
Once the Board has consulted with the HOA’s legal counsel, the Board should vote on whether or not to tender the lawsuit to one or more of the HOA’s insurance carriers. We have witnessed incidents in the past where a HOA’s management was strongly criticized for automatically tendering a lawsuit without having the Board’s explicit authorization to do so. As with most matters pertaining to the business and affairs of the HOA, the results of the Board’s vote should be documented in the Board’s meeting minutes and made part of the HOA’s records.

Once panel counsel is assigned, there is generally no need to have the HOA’s legal counsel directly involved in the case. However, some involvement may be required to review and explain correspondence by the insurance carrier (i.e., the insurance carrier’s “Reservation of Rights” letter regarding its indemnification obligations as they relate to the homeowner’s claims) and to report on the status of the case to the Board. Additionally, the HOA’s legal counsel should review the terms of any proposed settlement agreement to ensure that it is appropriately drafted to avoid issues that may arise after the lawsuit is settled. Therefore, for lawsuits involving complex issues and/or significant monetary claims, the Board should consider having the HOA’s legal counsel operate in a supervisory role.

The information above can be obtained in our article entitled “Tendering Lawsuits Brought Against the HOA” that is available for download from our Web site’s library.