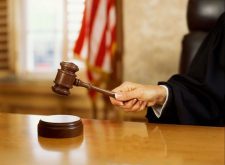 Volunteer officers and directors of a common interest development (“HOA”) are required to make decisions which often have significant legal and financial implications for the HOA and its membership. Because they are unpaid volunteers, officers and directors are afforded certain protections against personal liability similar to those afforded to directors and officers of other types of nonprofit corporations. Those protections are necessary in order to secure members willing to serve a HOA’s board:

The Legislature finds and declares that the services of directors and officers of nonprofit corporations who serve without compensation are critical to the efficient conduct and management of the public service and charitable affairs of the people of California. The willingness of volunteers to offer their services has been deterred by the perception that their personal assets are at risk for these activities…It is the public policy of this state to provide incentive and protection to the individuals who perform these important functions.

One of the liability protections afforded to a corporation’s directors include a legal doctrine known as the “Business Judgment Rule,” or, in the context of HOAs, the “Rule of Judicial Deference.” (See Lamden v. La Jolla Shores Clubdominium HOA (1999) 21 Cal.4th 249.)  The Rule of Judicial Deference generally requires courts to defer to maintenance decisions made by HOA boards even if a reasonable person would have acted differently in the same situation:

Where a…board, upon reasonable investigation, in good faith and with regard for the best interests of the community association and its members, exercises discretion within the scope of its authority…to select among means for discharging an obligation to maintain and repair a development’s common areas, courts should defer to the board’s authority and presumed expertise.

(Id. at p. 253.) Such deference is premised upon “the relative competence, over that of courts, possessed by owners and directors of [HOAs] to make the detailed and peculiar economic decisions necessary in the maintenance of those developments.” (Id. at pp. 270-71.)

Accordingly, so long as the board acts in accordance with its duties, in good faith, and in a manner it believes to be in the best interests of the HOA and its members, its decision will generally be upheld. (Id., at p. 265; Dolan-King v. Rancho Santa Fe Assn. (2000) 81 Cal. App. 4th 965, 979.) Courts commonly afford boards with the presumption in favor of their actions being taken in good faith. (Beehan v. Lido Isle Community Assn. (1977) 70 Cal. App. 3d 858, 865 (“Every presumption is in favor of the good faith of the directors. Interference with such discretion is not warranted in doubtful cases.”).)

Nevertheless, the Rule of Judicial Deference does not necessarily extend to every action (or decision not to act) that the board may take. Notably, the rule set forth in Lamden was tied solely to board decisions concerning “ordinary maintenance.” (See Lamden, 21 Cal.4th at p. 260 (“The precise question presented…is whether we should…adopt for California courts a…rule-of judicial deference…that would apply…to…ordinary maintenance decisions entrusted to the discretion of their [HOAs’] boards of directors.”).) It does not create comprehensive protection for every decision and action of a HOA; rather, such “deference applies only when a homeowner sues a [HOA] over a maintenance decision that meets the enumerated criteria.” (Affan v. Portofino Cove HOA (2010) 189 Cal.App.4th 930, 940.)

Despite the Court’s reference to the “narrow scope of the Lamden rule,” the Rule of Judicial Deference is still being expanded despite the Affan holding. For example, in the recent unpublished case of Jongerius v. Sun Lakes Country Club Homeowners Ass’n (2019) Cal. App. Unpub. LEXIS 7316 (“Jongerius”), the California Court of Appeal touched on the Affan holding, as well as other holdings applying the Lamden rule, when rejecting the homeowners’ argument that the scope of the Lamden rule is limited to decisions that relate to damaged common area and not to private property.

In Jongerius, the HOA became aware of a soil subsidence issue impacting several lots abutting a common area slope and damaging the common area wall separating the two. In response, the HOA retained a civil engineer (“First Expert”) “‘to investigate and provide independent expert analysis regarding the nature, extent, and cause of the slope subsidence occurring adjacent to the lots’ owned by plaintiffs.” (Id. at p. *4.) Between 2006 and 2010, the First Expert found no evidence of slope instability but noted “very small” movement as a result of soil settling. The Expert indicated that “[a] perfect repair procedure would be to install a caisson-supported wall and grade beam system at the top of slope,” but that such a repair would not be reasonable under the circumstances given the costly and disruptive nature of the repair. (Id. at p. *5 (internal quotations omitted).)

In 2011, and after settling with the developer on the soil subsidence issue, the HOA hired a second engineer (“Second Expert”) “to conduct another site inspection and to prepare repair recommendations that would alleviate the damage the slope creep was causing to the rear common wall running along the subject slope.”  The Second Expert disagreed with the First Expert in terms of repairs, opining “that the most appropriate means of repair for the walls is to fill the separations with non-shrinking grout, cosmetically patch, texture coat, and paint the walls every few years.” (Id. at p. *6 (internal quotations omitted).) In light of the $4 million cost of installing a caisson-supported wall, the Board unanimously approved the Second Expert’s recommendation of frequent cosmetic repairs.

Sometime thereafter, certain homeowners abutting the common area slope brought a lawsuit against the HOA claiming that the HOA had negligently maintained the common area slope pursuant to the HOA’s CC&Rs which had resulted in damage to the homeowners’ property. (Id. at p. *9.) The trial court granted the HOA’s motion for summary judgment, finding that the Rule of Judicial Deference barred the homeowners’ claims. (Id.) The Court of Appeal affirmed.

Homeowners’ contended that the Lamden case limited the extent to which the Rule of Judicial Deference applied in maintenance-decision cases. In particular, the homeowners argued that the Lamden rule “only applies in narrow circumstances involving damage to common areas, not to private properties” owned by other parties. (Id. at p. 15) In other words, “judicial deference is only given to HOA decisions that affect common areas, not private properties owned by third parties.” (Id.) The Court rejected this argument, concluding that “the Lamden court never distinguished personal or separate property from common area property.” (Id.) Indeed, in Lamden itself, the court applied the Rule of Judicial Deference notwithstanding the plaintiff’s alleged diminution in property values as a result of the HOA’s maintenance decision. (Id. at p. 16.) Moreover, in Affan, the court refused to apply the Rule of Judicial Deference not because of the distinction between common area and private property, but rather because of the HOA’s complete and utter failure to remedy a known common area maintenance issue. (Id.)

Accordingly, the Jongerius court concluded that the Rule of Judicial Deference applies to common area maintenance decisions notwithstanding the fact that those decisions may negatively impact the private property of others. Nevertheless, in order for the Lamden rule to apply the HOA must demonstrate that its decision was made upon reasonable investigation, in good faith and in the best interest of the HOA and its members. In Jongerius, the HOA met that burden.