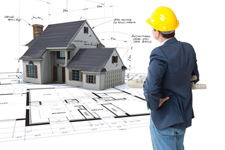 California’s 1st District Court of Appeal recently ruled that “design professionals” may be liable under both common law and Senate Bill No. 800 (“SB 800”) to third party purchasers for construction defects.

In Beacon Residential Community Association v. Skidmore, Owings & Merrill LLP et al., the defendants (the “Architects”) had performed architectural and engineering services, as well as construction administration and construction contract management, for a 595 unit condominium project located in San Francisco. The plaintiff homeowners association (the “HOA”) alleged that multiple construction defects in the project were caused in part by negligent architectural and engineering design. Included in those defects was the presence of “solar heat gain” allegedly caused by the Architects’ approval of cheap and non-functional windows paired with a defective design that failed to provide for adequate ventilation within the units. During periods of high temperatures, the solar heat gain had rendered many of the units “uninhabitable, unhealthy and unsafe.”

In addition to common law, the Court of Appeal also held that SB 800 provides an independent basis for the liability of a design professional whose negligence causes a violation of a standard for residential housing. SB 800, also known as the “Right to Repair Act,” was enacted in 2002 by the California Legislature “to specify the rights and requirements of a homeowner to bring an action for construction defects, including applicable standards of home construction,” as well as the damages which may be recoverable by a homeowner in such an action. The Court of Appeal emphasized SB 800’s “broad application to those involved in the development of residential housing” and that, by its terms, SB 800 subjects a design professional to liability where the design professional’s negligent act or omission “causes, in whole or in part,” a violation of the standards for residential housing. The Court of Appeal thus ordered the trial court to overrule the demurrers and to allow the issue of the Architects’ liability for negligence to be tried based upon their alleged failure to meet their requisite standard of professional care.