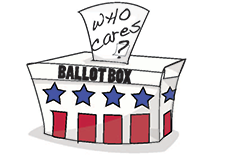 Amending a HOA’s Declaration of Covenants, Conditions and Restrictions (“CC&Rs”) can be a challenging endeavor. This is true, in large part, to the onerous approval requirements imposed by the CC&Rs themselves. Indeed, many CC&Rs require a super-majority (i.e., 67% or more) of the HOA’s members to approve an amendment. Such requirements make it difficult for an association to pass a proposed amendment, often as a result of member apathy or lack of participation in the voting process.

When this occurs, California Civil Code Section 4275 provides a mechanism for a HOA to “petition the superior court of the county in which the common interest development is located for an order reducing the percentage of affirmative votes necessary for such an amendment.” Section 4275 thus serves to provide a HOA “with a safety valve for those situations where the need for a supermajority vote would hamstring the association.” (Blue Lagoon Community Assn. v. Mitchell (1997) 55 Cal.App.4th 472).

Accordingly, in order to successfully bring a petition to reduce the percentage of affirmative votes necessary to approve an amendment to the CC&Rs, a HOA must demonstrate the following:

In the recent case of Orchard Estate Homes, Inc. v. The Orchard Homeowner Alliance, the California Court of Appeal rejected an argument brought by a group of homeowners (The Orchard Homeowner Alliance) objecting to the HOA’s petition to reduce the percentage of affirmative votes necessary to amend their CC&Rs. ((2019) ___ Cal.App.4th ___, 2019 Cal.App.Lexis 144.) (“Orchard Estate”) In particular, and relying on the Mission Shores Assn v. Pheil case, the homeowners argued that, in order to prevail on their petition, the HOA must demonstrate that the CC&R amendment failed due to “voter apathy.” ((2008) 166 Cal.App.4th 789, 794-95 (stating that section 4275 of the California Civil Code was to “provide homeowners associations with the ‘ability to amend [their] governing documents when, because of voter apathy or other reasons, important amendments cannot be approved by the normal procedures”).)

The Court in Orchard Estate rejected this argument, noting that the statutory language contained in California Civil Code section 4275(c) clearly and unambiguously identified the “elements required to be established to authorize a reduction in the required voting percentage to amend a provision of the governing CC&Rs.” (Id. at p. **6-7.) As such, the Court was unwilling “to imply an element that was not expressed by the Legislature” based on off-hand statements made in appellate decisions. (Id. at p. *7.)