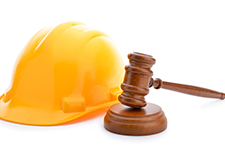 Vendor professionals frequently provide a variety of services on behalf of community associations and individual homeowners.  Under California’s Constitution, unpaid vendors possess a legal right to lien the property upon which they work for the value of their rendered services or furnished material.

AB 534 (Gallagher), effective January 1, 2018, seeks to clarify how mechanic’s liens are to be used in common interest developments by amending Civil Code Section 4615 and by adding new Civil Code sections.

Under existing law, if a vendor intends to preserve the ability to impose a mechanic’s lien at a later time for work performed at a property, then such entity must first secure advance authorization from the property owner. Similarly, under existing law, a vendor seeking to enforce its claim to payment by way of a mechanic’s lien must notify the owner of the property which will be subject to a lien.

In the context of community associations, ownership of common area property can take a variety of forms: that property can be owned by the association, or it can be owned by all of the homeowners jointly, as tenants in common.  As such, the vendor is often burdened by the obligation to identify the legal owner of the common area property when attempting to obtain that advance authorization and when seeking to provide legal notice of an impending lien.

AB 534 circumvents the challenges associated with identifying property ownership by imputing association authorization for a common area improvement to all members, and by making the association the agent for the members for purposes of receiving notices and claims during the lien enforcement process.

AB 534 amends Civil Code Section 4615 to provide that labor performed or services furnished for common area property shall be deemed to be performed or furnished with the consent of each association member, if authorized by any form of common interest development.  Additionally, AB 534 creates Civil Code Section 8119 which states that the association is deemed to be the agent of its homeowners under mechanic’s lien law and is authorized to accept service of notices or claims in that regard if directed to the owner of common area property.

The prior version of Civil Code Section 4615 (Mechanic’s Lien in Condominium Project) addressed member consent only in the context of condominium projects, and was silent with respect to who may be authorized to accept notice of a mechanic’s lien that was directed to the owner of common area property.

Under existing law, if a mechanic’s lien has been recorded against two (2) or more condominium units, a homeowner could extinguish such lien relative to that homeowner’s unit by tendering payment for his or her share of the total sum secured by the lien; it was unclear as to whether the homeowner could post a lien removal bond attributable to his/her separate interest.

By amending Civil Code Section 4615, AB 534 resolves the potential ambiguity in that regard.  Under new law, a homeowner in any common interest development can release a mechanic’s lien recorded against the member’s separate interest by making the referenced payment to the lien holder or by recording a lien release bond in an amount equal to 125 percent of the sum secured by the lien that is attributable to such homeowner’s separate interest.

AB 534 creates new law by adding Section 4620 to the Civil Code.  That Section provides that the association shall give individual notice to the homeowners of a lien claim within sixty (60) days if such claim is related to a “work of improvement on a common area”.