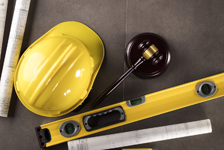 In the case of Aldea Dos Vientos v. CalAtlantic Group, Inc., the Second District Court of Appeals overruled the Fourth District’s previous holding in Branches Neighborhood Corp. v. CalAtlantic Group, Inc.  The Branches case found that homeowners associations forfeit their rights to pursue construction defect claims unless their members first vote to approve such legal action in accordance with their CC&Rs.  The Branches decision was overturned upon the finding that developers cannot use the CC&Rs to veto claims made against them.  The Court of Appeals held that such use of the CC&Rs not only violated public policy, but also Senate Bill No. 326, as codified by California Civil Code, section 5986(b).

A condominium project in Thousand Oaks, Aldea Dos Vientos (“Association”), brought suit against CalAtlantic Group, Inc., the successor to the developer of the Project (“Developer”). The trial court stayed the lawsuit on the parties’ agreement to participate in mediation and then arbitration.  When mediation was unsuccessful, the Association subsequently filed a demand for arbitration.  After the demand was filed, the Developer cited to the Association’s CC&Rs at Section 7.01B to raise a defense.  Section 7.01B required the Association to first obtain a membership vote in excess of fifty-one percent (51%) prior to commencing arbitration. The Association admitted it had not obtained the required vote.

In the Aldea Dos Vientos case, the Second District Court of Appeals vacated the lower court’s decision on the basis that the arbitrators exceeded their powers by issuing an award that contravenes an explicit legislative expression of public policy. More specifically, the Court of Appeals found that Section 7.01B of the CC&Rs violates public policy because it gives the Developer the unilateral power to bar an action against itself even though the Legislature clearly intended for housing to be free of substantial construction defects.

Furthermore, the Court of Appeals held that Section 7.01B of the CC&Rs, and any similar provision, is not just unreasonable but unconscionable.  The Court stated, “[i]t gives the Developer veto power over the Association’s claims in spite of the members’ vote to proceed with the arbitration.”  In sum, such a provision amounts to a trap for the unwary set by the Developer to bar claims against it.  For these very reasons, the Second District Court of Appeals declined to follow its sister court’s ruling in Branches.

The Court of Appeals also acknowledged that the Legislature has already found provisions, like Section 7.01B, to be unconscionable.  Senate Bill 326 was enacted on August 30, 2019 and took effect on January 1, 2020.  The bill added Civil Code, section 5986, subdivision (b) to the Davis-Stirling Act, which prohibits an association’s CC&Rs from limiting a Board’s authority to initiate legal proceedings against its Developer.   The Civil Code applies retroactively to any CC&Rs with such limiting language.