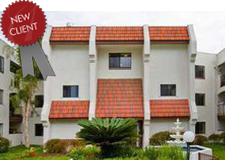 We are proud to announce that Regency Villas Association of San Diego has selected Tinnelly Law Group as their associations’ legal counsel.

Regency Villas is an active adult community for seniors 62 and older in the University City area of San Diego. The community is ideally located within walking distance of shopping and restaurants, and just a short 10-minute drive to La Jolla beaches.  Residents enjoy a clubhouse with recreation room, gym, and barbecue area. 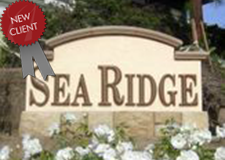 We are proud to announce that Sea Ridge Condominium Association has selected Tinnelly Law Group as their associations’ legal counsel.

Sea Ridge is a condominium community located in the City of Dana Point, in close proximity to pristine beaches and the St. Regis Resort.  Residents enjoy expansive ocean and greenbelt views, tennis courts, a community pool, and clubhouse. 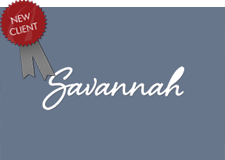 We are proud to announce that Savannah at Mountain House Owners’ Association has selected Tinnelly Law Group as their associations’ legal counsel.

Savannah is a brand new single family home community in the growing town of Mountain House being developed by Signature Homes. Residents will enjoy a true neighborhood vibe, where they can share a cup of coffee on the porch or entertain family and friends in spacious great rooms.

Some condominium projects are unfortunately experiencing substantial, community-wide pipe leaks and failures due to substandard piping products used in development. In dealing with that very situation, one of TLG’s homeowners association clients, located in the City of Laguna Niguel, encountered various legal and financial issues. We are humbled by the recent comments made by its Board President in response to the assistance TLG provided over the past months in helping to resolve those issues:

“Thanks to [Rich Tinnelly] and [Steve Tinnelly] and [Kai MacDonald] for your advice, prompt responses, and patience in helping guide us through the maze.”

*1 In this case the developer of a condominium project recorded a declaration of covenants, conditions and restrictions (CC & R’s) which required that a homeowners association arbitrate any construction defect claim the association might have against the developer. As we explain more fully below, we find CC & R’s are not an effective means of obtaining an agreement to arbitrate a homeowners association’s construction defect claims against a developer.1

Although both federal and state law favor the enforcement of arbitration agreements, neither federal nor state law countenance imposition of arbitration where no agreement to waive judicial remedies exists. Admittedly, in other circumstances our cases and Civil Code section 1354 treat CC & R’s as equitable servitudes which bind homeowners and homeowners associations with respect to claims they may have against each other. This treatment of CC & R’s is not based on any determination the parties bound by them are in privity of contract with either their co-owners or a homeowners association. Rather, CC & R’s are made binding in disputes between homeowners or between homeowners and a homeowners association because of their shared and continuing interest in the equitable and efficient operation of common interest developments. Here, the recorded CC & R’s, standing alone, are not a contract between the developer and the homeowners association, which only came into existence after the CC & R’s were recorded. Thus here there has been no showing the association entered into a binding arbitration agreement. Accordingly, the trial court did not err in denying the developers’ motion to compel arbitration.

Because following the first sale Nobel controlled the board of directors of the Association and because the initial condominium buyers noticed defects in common areas and common facilities and did not believe Nobel had provided a reserve fund sufficient to repair the defects, the condominium owners brought a derivative action on behalf of the Association against Nobel.2 Later, an independent litigation committee of the Association was appointed and filed a cross-complaint against Nobel. The committee alleged claims for breach of implied warranty, strict liability, negligence and as the third-party beneficiary of express and implied warranties Nobel made to individual homeowners. Following unsuccessful efforts to mediate the Association’s claims, Nobel filed a motion to compel arbitration under the provisions of the CC & R’s. The trial court denied the motion with respect to the bulk of the Association’s claims, but compelled arbitration of the express warranty claims. Nobel filed a timely notice of appeal. (Code Civ. Proc., § 1294, subd. (a).)

END_OF_DOCUMENT_TOKEN_TO_BE_REPLACED

(c) In an action to enforce the governing documents, the prevailing party shall be awarded reasonable attorney’s fees and costs.

Background: Homeowners association filed action on its own behalf, and as a representative of its members, against condominium project developer for damages to common areas, property owned by the association, and property owned by individual association members, caused by alleged construction defects. Developer petitioned to compel arbitration, based on arbitration clause contained in recorded covenants, conditions and restrictions. The Superior Court, San Diego County, No. 37-2008-00096678-CU-CD-CTL, Ronald L. Styn, J., denied developer’s petition. Developer appealed.

We conclude that an arbitration provision in a declaration of covenants, conditions and restrictions (CC & R’s) recorded by the developer of the condominium project, which may not be changed by the association without the written consent of the developer, did not constitute an “agreement” sufficient to waive the constitutional right to jury trial for construction defect claims brought by the homeowners association. Additionally, assuming the homeowners association is bound by a jury waiver provision contained in purchase and sale agreements signed by the individual condominium owners, we conclude that the jury waiver provision in the purchase and sale agreements is not enforceable because it is unconscionable. Accordingly, we affirm the trial court’s order denying the developer’s motion to compel arbitration.

The second page of the CC & R’s states, in capital letters, that article 18 contains a mandatory procedure for the resolution of construction defect disputes that includes the waiver of the right to a jury. Article 18 contains an arbitration provision reciting in capital letters that Pinnacle, the condominium owners and the Association agree to resolve any construction dispute through binding arbitration in accordance with the Federal Arbitration Act (FAA, 9 U.S.C. § 1, et seq.) and the California Arbitration Act (CAA, Code Civ. Proc., § 1280 et seq.). Specifically, the arbitration provision states that by accepting a deed for any portion of the Association property, the Association and each owner agree to give up their right to a jury trial and have any construction dispute decided by arbitration. The CC & R’s define a “[c]onstruction [d]ispute” as “any dispute between an Owner or the Association and [Pinnacle] or between an Owner or the Association and any employee, agent, partner, contractor, subcontractor or material supplier of [Pinnacle] which dispute relates to the use or condition of the Project or any improvements to the Project.”

In selling the condominiums Pinnacle used a standard purchase and sale agreement that recited on the first page that the buyer agrees to comply with the CC & R’s by accepting a grant deed to the condominium. Page 8 of the document contained a section pertaining to dispute notification, resolution procedures, and waivers. The section, which required the initials of the buyer and seller, stated:

“Buyer and Seller agree that any certain disputes shall be resolved according to the provisions set forth in Article XVIII of the [CC & R’s] and waive their respective rights to pursue any dispute in any manner other than as provided in [the CC & R’s]. [¶] Buyer and Seller acknowledge that by agreeing to resolve all disputes as provided in [the CC & R’s], they are giving up their respective rights to have such disputes tried before a jury. [¶] WE HAVE READ AND UNDERSTOOD THE FOREGOING AND AGREE TO COMPLY WITH ARTICLE XVIII OF THE [CC & R’s] WITH RESPECT TO THE DISPUTE REFERENCED THEREIN.” (Capitalization and bold type in original.)

END_OF_DOCUMENT_TOKEN_TO_BE_REPLACED

§1350. Citation
This title shall be known and may be cited as the Davis-Stirling Common Interest Development Act.

§1350.5. Headings
Division, part, title, chapter, and section headings do not in any manner affect the scope, meaning, or intent of this title.

(a) This section applies to delivery of a document listed in Section 1363.005 or to the extent the section is made applicable by another provision of this title.

(b) A document shall be delivered by one or more of the following methods:

(1) Personal delivery.
(2) First-class mail, postage prepaid, addressed to a member at the address last shown on the books of the association or otherwise provided by the member. Delivery is deemed to be complete on deposit into the United States mail.
(3) E-mail, facsimile, or other electronic means, if the recipient has agreed to that method of delivery. The agreement obtained by the association shall be consistent with the conditions for obtaining consumer consent described in Section 20 of the Corporations Code. If a document is delivered by electronic means, delivery is complete at the time of transmission.
(4) By publication in a periodical that is circulated primarily to members of the association.
(5) If the association broadcasts television programming for the purpose of distributing information on association business to its members, by inclusion in the programming.
(6) A method of delivery provided in a recorded provision of the governing documents.
(7) Any other method of delivery, provided that the recipient has agreed to that method of delivery.

(c) A document may be included in or delivered with a billing statement, newsletter, or other document that is delivered by one of the methods provided in subdivision (b).

(d) For the purposes of this section, an unrecorded provision of the governing documents providing for a particular method of delivery does not constitute agreement by a member of the association to that method of delivery.

END_OF_DOCUMENT_TOKEN_TO_BE_REPLACED

Inspection of Books and Records of Association