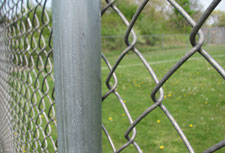 Homeowners Association (HOA) developers often reserve certain easement rights for the benefit of the HOA’s members. Such easement rights typically extend over common areas but may also extend to adjoining properties which are not included within the actual HOA development. When those easement rights are threatened or infringed, the recent case of Sumner Hill Homeowners’ Association v. Rio Mesa Holdings, LLC., (2012) (Sumner Hill) illustrates (1) how the HOA can bring an action to protect its members’ interests and (2) what substantial role the development’s tract map can play in adjudicating the members’ easement rights.

In Sumner Hill, residents in a gated community enjoyed access to a private road (Road) that lead to the nearby San Joaquin River. That access was jeopardized when an outside developer (Defendant) built one of its development’s public access paths through the Road and installed a fence which restricted access to the Road by the Sumner Hill residents. The Sumner Hill members believed that the Road was part of the association’s common area and that their easement rights had therefore been violated.

The association soon filed suit and was ultimately victorious at trial. On appeal, the Defendant contended that the association and/or its residents did not possess any equitable easement rights to use the Road. However, specific representations made by the initial developer’s sales agents to Sumner Hill’s prospective purchasers indicated that the Road would indeed remain the association’s common area with easement rights reserved for the benefit of the association’s members. Moreover, these representations were made with reference to a tract map which supported the sales agents’ claims. The court in Sumner Hill affirmed the trial court’s decision “based on the fact that when the subdivision lots were marketed and sold, it was represented to prospective purchasers that they would have unrestricted access to the common area…” Bradley v. Frazier Park Playgrounds (1952) 110 Cal.App.2d 436. (Bradley)

In Bradley, the purchasers were promised a recreational area depicted as common area on the development’s tract map. That common area was eventually transferred to an outside party who ultimately fenced off that portion of land. A suit followed and the trial court ruled in favor of the purchasers, upholding their equitable easement rights for access to the common area.

Similar reasoning was also upheld in Danielson v. Sykes (1910) 157 Cal. 686 (Danielson) to preserve the members’ common area access rights over a contested road. Because the tract map showed the road at issue as generally being a part of the subdivision’s roads, the court in Danielson held that “where a lot conveyed by a deed is described by reference to a map, such map becomes a part of the deed. If the map exhibits streets and alleys it necessarily implies … such passageway shall be used in connection with the lots … ”